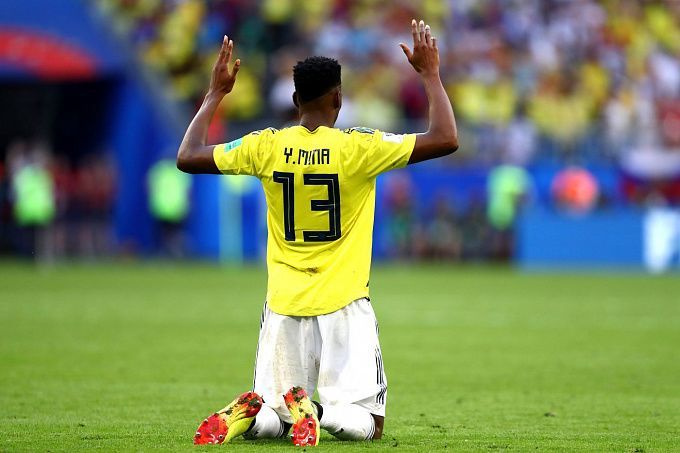 On June 5, 2022, in Murcia, Spain, Estadio Nueva Condomina will host a friendly match between Saudi Arabia and Colombia at 20:00 (UTC+3).

Team Saudi Arabia has become a frequent participant in World Cups in recent decades. Only in 2010 and 2014, the Arabian Falcons missed the world championships, but at the 2022 World Cup, we will definitely see them. In the qualifying tournament, the Greens scored 23 points in ten games, taking first place in the group, which earned them a direct ticket to Qatar, and they beat such established rivals as Japan and Australia. Now Hervé Renard's men will be preparing for the final part of the World Championship through friendly games with South American teams.

Team Colombia has become a regular participant in major international tournaments in recent years, one of the most skillful national teams on the South American continent, but they sensationally did not qualify for the 2022 World Cup. It seemed that their place in the top 4 of the qualifying tournament was out of the question, but in fact they made too many misfires, and at the junction of 2021 and 2022 they had only one victory in ten games. Yes, in the last two rounds they beat Bolivia and Venezuela 3-0 and 1-0, respectively, but it was not enough, they finished in the final sixth place in the standings.

Throughout history, the teams have only faced off twice. Both games were friendly matches and took place back in 1994: first, the rivals drew 1-1, and then the Colombian national team players turned out stronger, 1-0.

The Colombian national team is a much more powerful and skillful team, but Saudi Arabia will go to the World Cup in Qatar, and the Coffee Growers will be watching the tournament from afar. At the same time, the Tricolors got a new head coach not so long ago, with the Argentine Nestor Lorenzo taking over, so the South American players will have plenty of motivation to prove their worth to the new helmsman. As a result, we are forced to bet on the victory of the Columbia team with handicap (-1.5) with the odds about 2.80.

The Saudi national team at the level of the Asian qualifying tournament acted perfectly in defense, conceding only six goals in ten games (0.60 average per game), but when leaving the continent, things are always much worse for the Greens. It is enough to remember their performance at the 2018 World Cup when they conceded five goals as early as in the first game against Russia. So, with the new head coach, the Coffee Growers will certainly try to upset the Arabian Falcons. The best betting option seems to be Colombia's Individual Total Over (1.5) at odds close to 1.90.

Teams of Saudi Arabia and Colombia at the moment do not solve any tournament problems: the first team has already secured its participation in the World Cup 2022, so now they can quietly prepare for the tournament in Qatar, and the latter is not selected for the world championship, and they will have no other competitions in the near future. All this suggests that it is unlikely that anything will prevent the opponents to play open and attacking soccer. The Arabians and Colombians will not waste time on scouting, so it is worth looking at a bet on the first goal in the match to be scored from 1 to 30 minutes with the odds of about 2.60.