Smouha vs Ghazl El Mahallah: Home will not lose this encounter 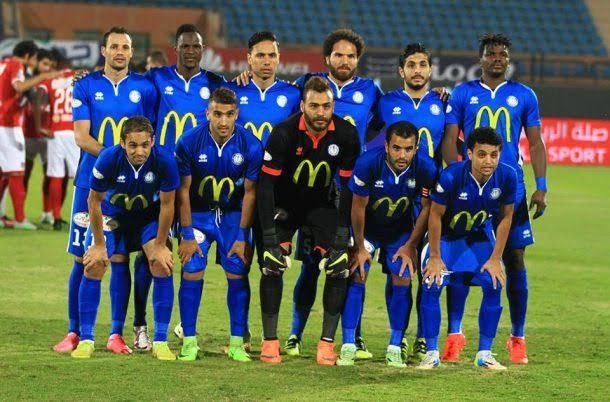 Egypt league resumes as Smouha go toe-to-toe with Ghazl El Mahallah in game week 11 at the Borg El Arab Stadium on a beautiful Sunday afternoon. They are best seen as the favourite because they pose more threats than their counterpart, having said that their opponents are not a walkover. Can the home team rely on their home record to see off a hard to chew Ghazl El Mahallah?

Unbeatable in five matches have seen them move closer to the CAF Confederate spot, they are tied on points with Zamalek in third place with goals separating the two.

More recently, they drew against Al Mokawloon Al Arab. After struggling to get a goal in that particular encounter, they also had fewer shots on target (1) than the opponent's (4).

In the league this season, they have shown some resilience and have proven to be the 2nd best home team. With thirteen points from a possible fifteen in the league, they have scored twelve goals and conceded five.

The away team are winless in six matches and are starved of goals, scoring just 4 goals in those encounters. Though they are winning in the Egyptian Cup but underperforming in the main league. They focused more on defending than getting goals and which is why they are placed 12th on the log.

Wasn't the result they were expecting against Ceramica but a point is always better than no point as the match ended in a 0-0 goalless draw.

On the League's away form, they occupied eight positions with six points having drawn three matches, won one and lost one in five matches they have played away from home this season. Next on their way is a team that knows how to win at home.

Smouha are unbeaten in eight meetings against Ghazl El Mahallah, they have won five matches, and drew three. They are good in their stadium and are better placed than their opposition, we are going with a 12 & over 1.5 for 1.74 just to be on the safe side.

The home team will always find a way to win as they are always effective in front of goals, we are going with a home win for 1.84.

Isaac de Benguela vs Wiliete Prediction: Both teams can get a win

Majestic vs Vitesse Prediction: Majestic on the verge of three consecutive wins

Adana Demirspor vs Galatasaray Prediction: SuperLiga leaders will delight us with goals

Olympique de Safi vs Ittihad Tanger Prediction: The home side won’t back down at halftime

Dinamo Zagreb vs NK Slaven Belupo Prediction: The Citizens To Revive Their Dominant Feature With A Convincing Performance At Home