Alaves vs Espanyol: Will the Basques and Catalans Reach Another Under? 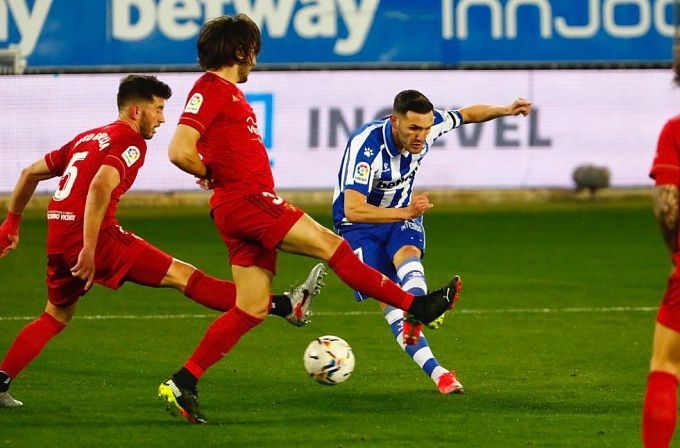 Wednesday's pool of round 36 in the Spanish elite will begin with the match between Alaves and Espanyol. Alaves is still visibly motivated in the tournament, but we cannot yet say that the Catalans secured their La Liga place. Especially since the match against Mallorca will take place a little later than our encounter.

Alaves is completely home team of the season. In the last five games the Basques have won twice and lost three away games. Both victories were home victories and defeats were on the road. Alaves beat closely Rayo Vallecano and Villarreal. Despite six points earned, the position of the Basques in the standings is unenviable. Alaves are in 20th place with 28 points, six less than Mallorca who will play their match a day earlier being in a good shape. Overall, Alaves have the 16th stats at home in the division, +6=4-7, 15:19 goal difference. It should be noted that on the whole, at home Alaves is playing with a total under.

After defeating Celta on April 10, Espanyol played four matches in La Liga, losing three of them and drawing 1:1 with Osasuna. They lost to Atletico, Rayo and Real Madrid. The results are poor, but Espanyol, unlike Alaves, occupy a solid 13th position, eight points behind Mallorca in the relegation zone. The Catalans still have to ensure a league spot. Espanyol finished just 18th on the road, gaining eight points in 17 games on a 14-32 goal difference.

We drew attention to Alaves and Espanyol, which have recently played only with TU (2.5). In addition, Alaves and Espanyol at home and away are tied teams, which is confirmed by the statistics. We think that the upcoming meeting will not be very highlighted with goals. Alaves needs a victory, but the team has problems with efficiency, and Espanyol will be fine with a tie.

Alaves, by the end of the season, has become the home squad. The half measures will not save the Basques anymore. The hosts in the upcoming game need a victory only and in the remaining two matches too. Espanyol, even defeated, does not lose a lot, at least, the Catalans are not yet close to relegation.