Almeria vs Rayo Vallecano Prediction: One goal to decide the outcome 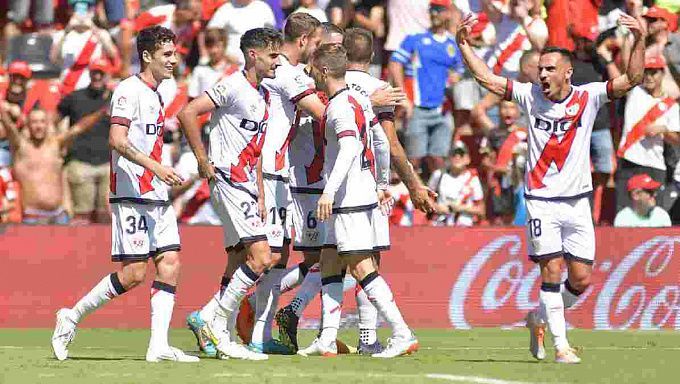 Saturday matches of La Liga round 8 will begin with the encounter between Almeria and Rayo Vallecano. The bookmakers have not revealed the favorite, considering that the opponents have approximately equal chances to win the upcoming game.

After beating Sevilla on August 27, Almeria has lost four straight matches, away to Valladolid, Mallorca and Athletic, and at home to Osasuna. It is noteworthy that Almeria did not score a single goal against its opponents in this period, falling to 18th place in the standings, i.e. in the relegation zone. Almeria's home stats are 15th in the division, +1=0-2, 3-4 goal difference.

Rayo is clearly in a better position than Almeria, with 10 points after seven rounds played and 10th place in the standings. However, Rayo has two consecutive away losses, against Osasuna and Athletic. In general, the away statistics of the capital team are seventh in the division.

The teams have played each other 17 times in three tournaments, Primera, Segunda, and Copa del Rey. In general, the advantage lies with Rayo +10=2-5, 20-16 goal difference. The opponents have met four times in the Primera, the Madrid side winning each game by a combined score of 7-1.

Almeria have not scored in the last four games, while Rayo lost their last two away games. There is a feeling that the upcoming match will not be productive. The Madrid side will not mind a draw in an away game for themselves, and the hosts will try to play as carefully as possible in defense, because with such an attack it is extremely undesirable to miss. As for the result we are on the side of the visitors. Rayo has the experience of away victories in the season, and it is quite possible that only one goal will decide the fate of the match. Here are the betting options for the game: