Athletic Bilbao vs Sevilla: the Basques are not favorites 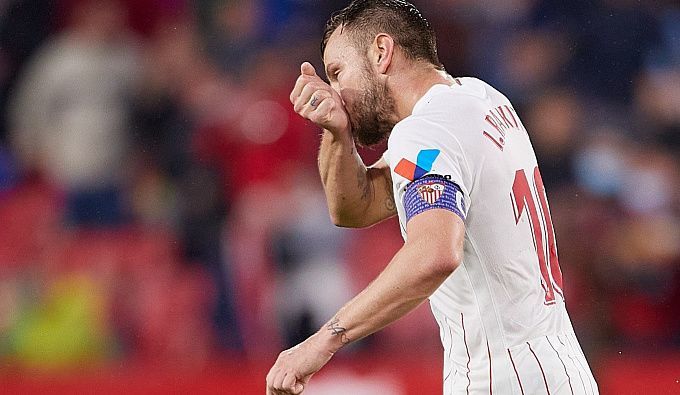 Athletic has shown absolutely nothing this season to be considered a favorite in the match against Sevilla. And it doesn't matter who's playing at home and who's playing away. Sevilla should take the three points.

Athletic has been winless for 7 matches in a row. In their last 12 games, the Basques have seen only 2 wins. And it's not to say that they've had some kind of difficult calendar or anything like that. No, it's just that Athletic is playing at a middling level. When you go out and play a draw against bottom-sitting Getafe, what can you even talk about? The 9-10th place Athletic occupies is absolutely on point.

What's going to happen next? Not much will change. An infinite number of draws and rare victories over the outsiders. And with clubs of the level of Sevilla, the team from Bilbao is not yet able to compete.

A terrible thing happened this week. Sevilla lost to Salzburg and dropped out of the Champions League. Lopetegui's team will definitely not be in the playoffs. I think this fact has greatly upset the team, but no one will make a tragedy of it. Sevilla is still second in La Liga, and they have a chance to cling to the leadership. But there's no way they can lose points.

Sevilla loses in La Liga very rarely, and if the team does, it's to the most worthy (not counting Granada). A draw is a minimum goal for the game with Athletic. Honestly, they should take three points there.

It seems that Sevilla’s zero handicap is the optimal variant for this match. All the same, a draw is possible, as Athletic tends to play like that very often. But, of course, it is better to rely on the guests. The Basques are absolutely nothing right now.

Celta vs Betis Prediction: the Sevillians to Bring Points from Vigo

Real Madrid vs Osasuna Prediction: the Victory of the Merengues in the Over Match