Athletic vs Celta: the Basques to Continue their Struggle for European Cups 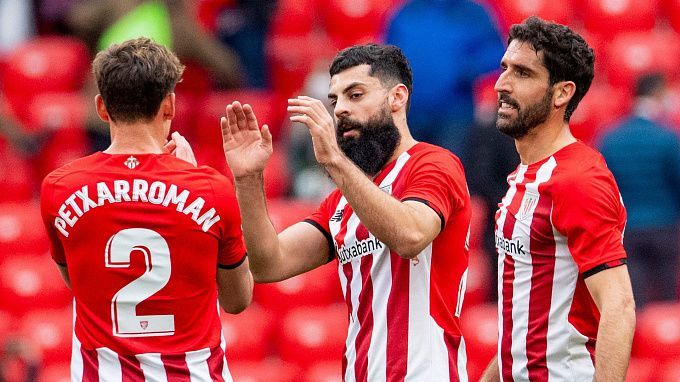 Sunday's pool of round 32 of the Spanish championship will continue with the match between Athletic and Celta. The Basques are still hoping to cling to a place in the Eurocup zone, while the Galicians are close to secure a place in the elite next season.

In their last three games, Athletic have gained five points, beating Elche 2:1, drawing with Getafe 1:1 and Villarreal. The Basques are in eighth place in the La Liga table with 45 points, four points less than Villarreal, who defeated Getafe yesterday. The Basques' home statistics are 10th in the division, 27 points after 15 games and a 25:16 goal difference. It should be noted that in the past five home matches Athletic won four times and tied once.

RC Celta play good football, control possession and have quality players. They will force us to play a good and conceptually different game. Hopefully, we’ll have the precision needed in both areas to win again at San Mamés. We’re strong at home and we must take advantage of this so that, with the help of our fans, we can have a great game.

Marcelino García Toral before the match with Celta

Judging by the latest results of Celta, we can say that this team is on the decline. After a great victory over Mallorca 4:3, the Galicians played four times in La Liga earning only one point against Betis. Matches against Villarreal, Real Madrid and Espanyol were lost. Before the start of Sunday's pool, Celta occupies 12th position in the standings, 36 points and the gap from the relegation zone is 8 points.

Again, the Atletico camp is still thinking about how to get to the European Cups, and the shortest way to Europe is to win. Celta is a historically convenient opponent for the Basques, as we have seen from the statistics of our teams, so the numbers are in our favor. The current tone of the opponents, specifically, the weak form of the Sky-Blues, is an advantage of betting on the favorite.

We believe not only in the victory of the Athletic but also in the fact that the upcoming match will end unproductive. In the last five head-to-head meetings between these teams reached a TU (2.5), we doubt that this trend will break on Sunday.