Athletic vs Osasuna Prediction: the Visitors Might Clinch Points 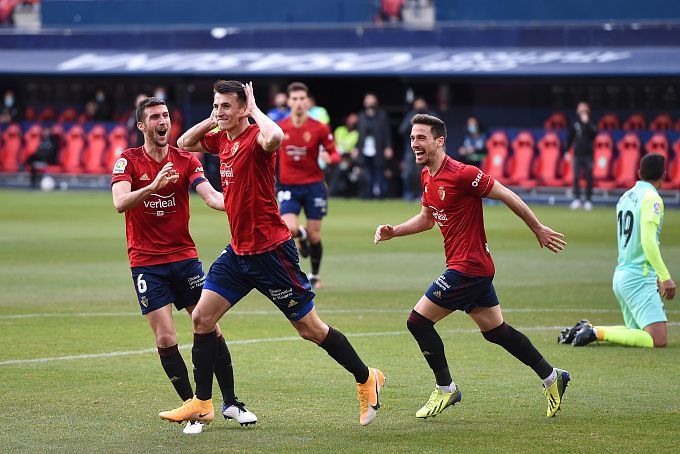 Prediction for the La Liga Athletic vs Osasuna match, which will take place on May 15. Who will turn out to be stronger? Check the team conditions! Several betting options are available.

Athletic is once again the middle performer of the Spanish championship. The team of Marcelino García Toral has made a small step forward compared to the last two seasons, when they finished in 11th and 10th place, currently sitting in eighth place in the standings. It will be difficult for the Basques to reach the Eurocup zone, as they are four points behind the top-7 with two rounds to go. The Red and Whites played away against Granada last week and looked very bad, so they suffered a deserved defeat - 0:1.

Osasuna is another team that has made a small jump from last year's result. Back then, Pamplona finished in 11th place in the standings, and now they are in ninth place, although they still have a chance to slip. In the final stretch of the championship, the Red and Blue are not at their best, as in the last four rounds they could not claim a single win: they lost once and drew three times. This week, Jagoba Arrasate's wards took on Getafe and played in a tie, 1:1.

Athletic and Osasuna are neighbors in the Spanish league standings, which indicates their equality. We should not expect either opponent to score a blowout win in the upcoming match. Both teams are approaching their encounter in poor form. The Red and White had a feeble game this week, while the Red and Blues have not won in three straight weekends. Considering that the Basques have beaten Pamplona with a difference of two goals only once in the last seven head-to-head encounters, a bet on Osasuna's victory with a handicap (+1) seems acceptable.

If we look at the latest results of the teams, we cannot find any over outcome. All the three previous meetings with Osasuna ended with the same score of 1:1, and Athletic scored a total of only three goals in the last three games (1.00 on average). As for the tournament plan, both teams do not solve any global problems, so there is little motivation, and the best option seems to be a total under 2.5.

Ante Budimir is not a goal-scoring forward, but he has been in great form lately. If he scored only two goals in 18 encounters this season, he has scored three times as many in the last eight games - six goals. The Osasuna coaching staff left the 30-year-old player in reserve this week, so he only played 20 minutes and will now be rested, so a bet on Ante Budimir's goal is worth looking into.