Barcelona vs Atlético Madrid: It will not live up to expectations 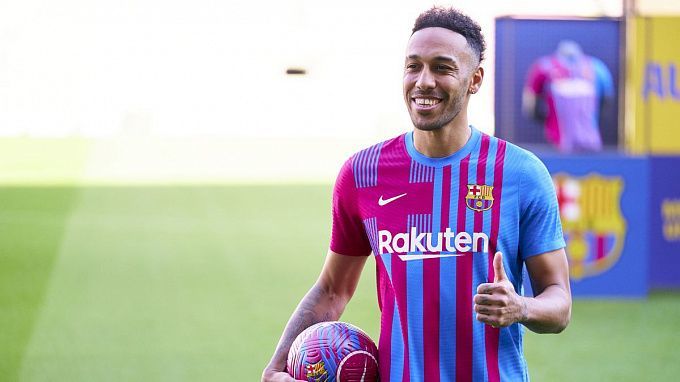 Barcelona will host Atlético Madrid in round 23 of the Spanish La Liga. The Catalan club received permission to fill their stadium to 100%. We are to see a very intense match. Let's break down the teams' form and see what's best to bet on.

Barcelona experienced quite a few low moments in the last three matches – the defeat in El Clasico and dropping out of the Copa del Rey at hands of Athletic. In both games, the Catalans lost in extra time, which is certainly unpleasant. However, the last round of La Liga witnessed Barcelona claim three points after they beat a modest Alavés 1-0.

Recently, the Blaugrana management strengthened the squad very well by signing two excellent strikers – Adama Traore, who returned to the club after seven years, and Pierre-Emerick Aubameyang, who previously played for Arsenal. Can these players improve the team's results? We'll see in practice.

Atlético have lost twice in their last five games, being on the verge of dropping out of the Champions League zone. Fifth-placed Barcelona is breathing down the Mattresses' neck, trailing them by just one point. If they fail, the Madrid team risks dropping one line down the table. In the last three games, Atlético first confidently defeated Rayo Vallecano by two goals (2-0), then drew with Villarreal (2-2) and finally outplayed Valencia (3-2).

Xavi has a great deal of work to do to introduce new players to the main squad. It is clear that from the first matches they will not be expected to have great results. And in general, it is not clear whether Adama Traore and Pierre-Emerick Aubameyang will be in the starting lineup. Atlético, on the other hand, will play defensively in the upcoming game, as their place in the Champions League zone is at stake. In our opinion, the opponents will not be able to play a total-over match. The game will end either with a score of 0-0 or 1-1.