Barcelona vs Mallorca: the Catalans to Make Another Mistake 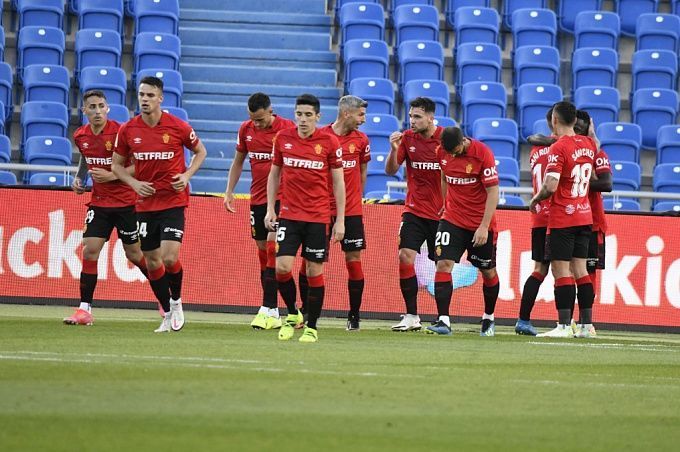 Sunday's pool of the La Liga round 34 will end with the match between Barcelona and Mallorca, a game crucial for both teams, given the tournament placing. Bookmakers have almost no doubt about the victory of the Catalans, although recently Blaugranas lost a lot of matches. Frankly, we need to be careful with bets on the Catalans.

After their elimination from the Europa League, it seemed that Barcelona would concentrate on La Liga and make it difficult for Real Madrid to grab the title. However, it turned out to be the other way around, with Barcelona themselves essentially giving the title to their rival, losing first to Cadiz and then to Rayo Vallecano. The title is definitely no longer a problem for Barça, but there are still risks of losing their place in the top-4. Betis will play their match a day later, but in any case, the Catalans will remain in the top-4 after this round. Barcelona's home stats are fifth in the division - 10 victories, two draws and four losses in 16 meetings. After three consecutive defeats at the Camp Nou, Barcelona is expected to react in some way. Let's see if they do.

Mallorca has recently become a very home team, getting two victories over Atletico and Alaves. The Balearic side lost away to Elche and Getafe during this period. The statistics are not top-notch, but far from the worst - the visitors are out of the relegation zone, ahead of Granada by two points. On the road Mallorca has only the 19th statistic in the division, two wins in 16 meetings with a goal difference of 13:36. If we look at the statistics as a whole, the picture is not very good. However, in the last three meetings the Balearic side achieved two victories, i.e. scored six points.

Barcelona's performance has had a particular problem of late. After being relegated from the UEL, the Blaugranas have played three games in La Liga and scored just once; Mallorca has made significant progress, as evidenced by the statistics. We believe that if Barcelona wins on Sunday, they are unlikely to shoot more than one goal.

We offer the variant of double chance for the visitors. After three consecutive defeats, hardly anyone will be surprised if the crisis-stricken Barcelona can not win against the underdog of the championship.