Barcelona vs Sevilla: Another Сrushing from Barcelona? 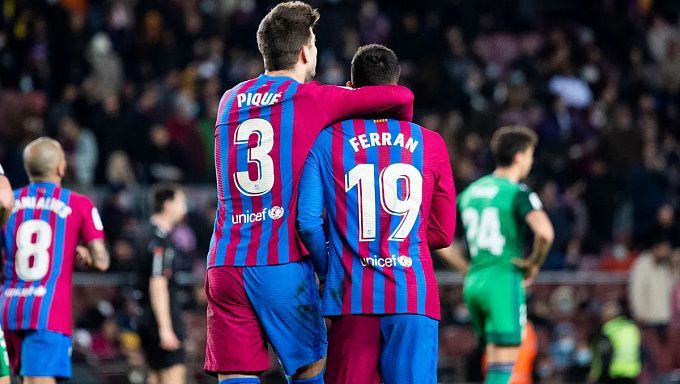 The match between Barcelona and Sevilla will finish Sunday's pool of the La Liga round 30. The Catalans, even though they are below the southerners in the standings, are quoted as the true favorites. In addition, Blaugrana finished the last cycle in fine form. Los Nervionenses have serious lineup problems, which will certainly have an impact on the result of the upcoming game.

After being eliminated from the Coppa del Rey, Barcelona has a streak of 12 matches without loss and three wins. Just before the international break, Barcelona thrashed Osasuna and Real Madrid in La Liga and beat Galatasaray 2:1 away in the UEL. In the European Cup, Blaugrana qualified for the quarterfinals, where they will face Eintracht. In La Liga, Barcelona climbed to third place, ahead of Atletico Madrid, with four more points, plus a game in reserve.

Barcelona's home stats are only the fifth in the division. In 13 games at Camp Nou, Barça have gained nine wins, scoring 31 goals. Recall the 4-match winning streak at home in La Liga, which started on December, 18 in a match against Elche. Unfortunately, Barça cannot fight for the first place in the Primera Division as Real Madrid is ahead by 12 points. Such a handicap will be extremely difficult to overcome. The task for the rest of the season is to maintain a place in the Champions League.

If Barcelona made it to the quarterfinals of the Europa League, Sevilla dropped out of their favorite tournament against West Ham, losing by a score of two matches. Overall, before the international break, Sevilla lost to the Hammers and drew twice with Rayo and Real Sociedad, making their lives in La Liga much more difficult. The chances of reaching the UCL zone are huge as the gap from fifth Betis is seven points. However, Real Madrid are already nine points ahead of Sevilla. Even taking into account the fact that the Meringues are torn on two fronts, it is doubtful that Los Nervionenses will regain the handicap. By the way, Sevilla's away statistics are fifth in the league, +5=8-2, 12-8 goal difference. Los Nervionenses have the best away defense in the division.

In the last round, Barcelona thrashed their biggest rival, Real Madrid, on the road. We doubt that the gained momentum Barça will stop there. Sevilla is another opponent that they want not only to beat but also to crush. Before the UEL matches against Eintracht, it would be useful for the Catalans to raise their mood with a confident victory over one of the competitors.

We expect maximum intensity from a home game. Sevilla, before the international break, looked pale. Now they struggle with lineup losses that aggravate their position. We wouldn't be surprised if Barcelona thrashed Sevilla after Real Madrid's blowout, especially since this game is set to take place at Camp Nou.

Given how difficult it was for the southerners to score goals at the end of March, we should not expect them to be productive at Camp Nou.