Betis vs. Espanyol: Bet on X2 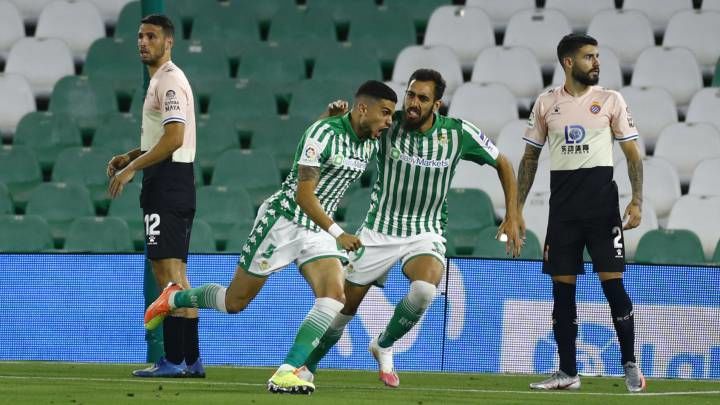 Betis had a crazy match in the Europa League, taking 3 points that seemed impossible to take anymore. But The Green and Whites won't have enough against Espanyol.

Betis already pulled off similar performances last season, and they were somewhat usual for Pellegrini's team. But this time, they became known on the European stage. By 27 minutes into the match against Celtic, Béticos were losing 0-2. Should I tell you what happened in the 34th minute? That's right - 2:2. As a result, the meeting ended with a score of 4:3. Many fans have learned that there is such a joyful team in Spain.

Betis won two games in a row, but don't kid yourself. The players openly say that some things don't work out for them. This season, as well as the last, victories, come at the expense of small things. I think that Espanyol will not allow those little things to happen.

Espanyol has lost once so far this season. And then they've lost to the Spanish champion Atlético de Madrid. What a loss: Espanyol was ahead until the 79th minute and conceded the decisive goal in the 99th minute. You never know. But this one should be attributed to the Mattresses' endless luck. They have been fortunate in that regard since last season.

Before the game with Atletico, the Catalans had conceded only one goal in three games. And they even managed to win once. Now Espanyol has 5 points after 4 rounds, which is the same as Betis.

Let me put it simply: I do not see the point to bet on Betis. The team does not know how to play against the Budgerigars. Espanyol has already scored more than once in the new season. I suggest taking X2 for 1.86 and watching the game. I think it will be a draw, and Espanyol will go home with at least one score.