Elche vs Atletico Madrid: Expect a Total Under again 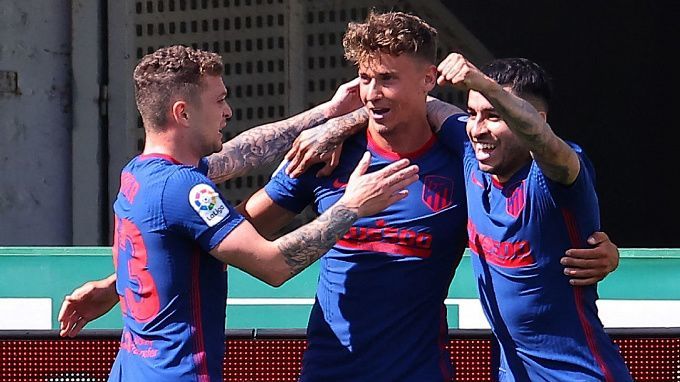 Wednesday's pool of the 36th round of the Spanish La Liga will finish with a match in which Elche faces Atletico Madrid. For now, the logical favorite of the pairing is the club from Atletico. However, if Valencia wins their home game, Atletico's motivational element will disappear.

In the last round of La Liga, Elche lost 0:3 away to Cadiz. Before that, they drew with Osasuna and beat Mallorca and Betis. In general, Elche finished 14th with 39 points before the start of the matchday, seven points more than Mallorca, who will play their match in Seville and very probably will lose. In this case, Elche does not even need to take points in the game against Atletico Madrid, and the handicap will be enough to guarantee a place in the elite of Spanish football next season. Elche's home statistics are 12th in the division, +6=6-5, 21:18 goal difference.

After being relegated from the Champions League, Atletico played four La Liga games. One defeat in Bilbao 0:2, a 0:0 home draw with Granada, and victories over Espanyol 2:1 and Real Madrid 1:0. The win against Real Madrid was wonderful, but there are two crucial facts to note. Firstly, Madrid played against the Colchoneros after a difficult match against Manchester City. Secondly, Ancelotti didn't field his strongest players for the game against Atlético de Madrid. We could say that Atletico had a slight advantage in that game. At the same time, Atletico's away statistics are sixth in the division, +7=3-7, 28-26 goal difference.

The Madrid side has played seven matches in the two tournaments since the defeat of Alaves, and only one encounter between the Spaniards in this period has ended productively (a home game against Espanyol). All other meetings have been draws. And the two previous head-to-head encounters between Elche and Atletico ended with a TU (2.5), and the score was 1:0 in favor of the Spaniards.