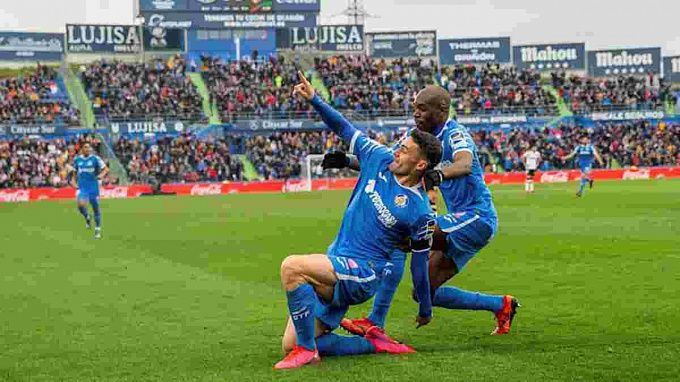 Elche will face Getafe in one of the round 38 matches in La Liga. One of the matches of the 38th round of the Spanish La Liga will be the encounter in which Elche will face Getafe. Both teams are not yet devoid of tournament motivation, as they are only three points ahead of the team in the relegation zone. Let's find out whether there are any relegation risks left for the home team and the visitors.

Elche as well as Getafe will surely be satisfied with a draw in the upcoming game. Such a result will guarantee the hosts a place in the elite next season. In case of losing, Cadiz can catch up with Elche on points, while the Andalusian side will be superior to their opponent in terms of points. But against Mallorca, Elche has a surplus and in case the three teams score the same number of points, Elche will still be above at least one of their rivals. Thus, Elche will not be in danger even if the hosts lose and the two rivals win. In general, Elche has weak recent statistics. In the last three games, there are three defeats with zero goals scored. Elche's home stats are 15th in the division, +6=6-6, 21-20 goal difference.

Again, Getafe is completely satisfied with a draw. In this case, as well as in the case of the victory over Elche, the team is guaranteed to play in La Liga. If they lose on Sunday, the same Mallorca and Cadiz could overtake them on points. Getafe are doing well with Mallorca, four points in two games, as well as with Cadiz, 4-0 at home and 1-1 away. I.e. Getafe also can no longer worry about their future. In any case, they retain a place in La Liga. In the last four games, Getafe had only draws. In general, they are on a five-match unbeaten streak. Getafe's away statistics are 17th in the division, +1=8-9, 11-23 goal difference.

Elche and Getafe have played 25 matches against each other, six won by Elche, with six wins for Getafe and 13 draws. Can you imagine, the teams played 52% of the matches in a draw! Teams have crossed in two tournaments: the Primera and Segunda. In the Primera, there are only seven head-to-head encounters: +2=3-2, 5-6, minimum advantage on goal difference for Getafe. What is striking is that encounters in Primera are very low-scoring. On the field of Elche, the teams have played 12 times: +3=6-3, 13-15, the minimum advantage for Getafe. In the first round of La Liga, Elche beat Getafe away with a score of 1-0.

As we have already noted, the teams are quite low-scoring against each other in the Primera. It is very likely that this trend will continue, especially since the current Getafe is a very low-scoring team, having seen less than 3 goals in the last five matches. As for the outcome, we believe that Getafe will not lose. Their current tone is noticeably better than that of Elche. In this case, we will not be surprised if the teams play a draw, as typical of them. Here are the betting options for the upcoming meeting: