Espanyol vs Elche: the Visiting Team has to Gain Some Points 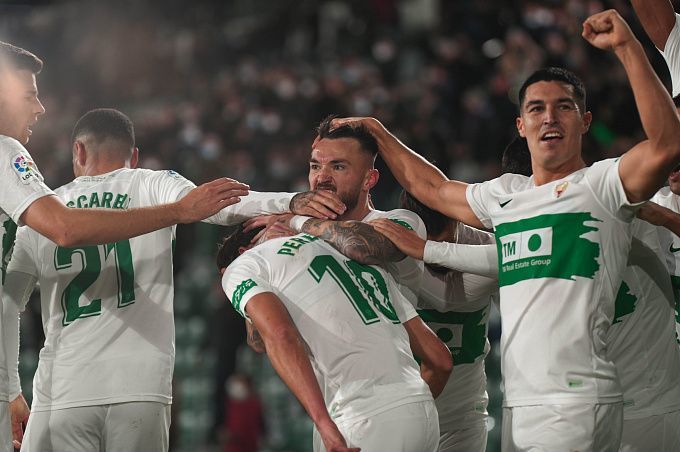 Espanyol feels comfortable, and it is not in danger of relegation yet. Unlike Elche, which vitally needs points. Who will take over in the upcoming confrontation? Check the teams’ conditions and expert betting tips. Several betting options are available!

Espanol is far enough from the relegation zone to lose several times safely. Moreover, the Catalans periodically suffer defeats and not always from strong teams - Espanyol became the first team to be beaten by Getafe this season. Getafe, by the way, started the season with seven defeats. So I wouldn’t be too surprised by the victory of Elche.

The other day Espanyol played in the Spanish Cup with a team from Segunda. The club Defeated it only in a penalty shootout! Can we talk about such result as a problem? I think so. Such incidents can be transferred to the upcoming game in La Liga.

Elche has only two defeats from Valencia and Barcelona in their previous eight matches. Both with a minimum score and winning goals in the last minutes. So maybe things aren’t so bad at Elche. Yet, the team is not in the relegation zone but close to it. This is an important matter - we still cannot regard Elche as an avid outsider.

The team need to earn points here and now. Otherwise, you can find yourself in the red zone very quickly. Elche is motivated to die for the result, and Espanyol does not. It is always better to start from the one who needs more in such situations.

Elche will not lose – do you agree? You can also bet on Espanyol’s total under because to earn points with the Catalans, and they need to play in defence competently. I believe that Elche will handle it decently. If we talk about a specific result, we are most likely waiting for a draw.


Tags:
Rating:
0
Comments (1)
Armandooo Georgeee
User
You expect this match to be under 1 goal? I mean espanyol it s pretty solid at home, and they ve just won at valencia, and i think they are pretty motivated for this game as well.. It s too risky double chance x2 on elche or under 1.5
0