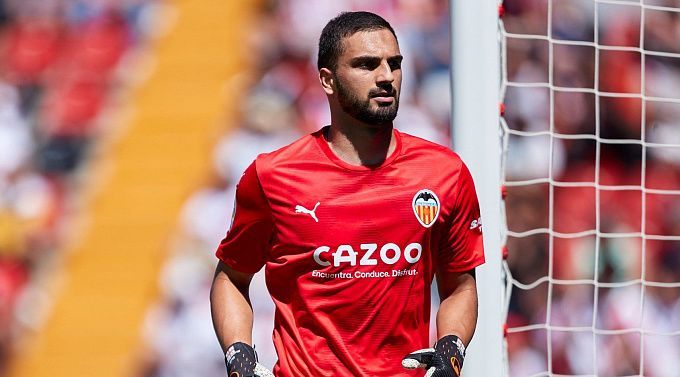 Sunday's game of the seventh round of the Spanish championship will begin with a match between Espanyol and Valencia. The bookmakers did not pick a favorite, believing that the teams have roughly equal chances of success.

The team went into the international break depressed, having lost twice to Sevilla and Real Sociedad. Such results dropped the Catalans to 16th position, with Espanyol holding just four points and a marginal lead over Valladolid sitting in 18th. Espanyol has had a poor start to the season, and the Catalans have lost three of their three games on home soil by a combined score of 3:8.

Valencia also had no spectacular first half of the season, but, unlike the Espanyol side, the Orange went into the break in high spirits. On 17 September, they beat Celta 3:0. Overall, Valencia dominated throughout the game; they hit 14 shots towards goal and seven into the box, owning the ball 66% of the playing time. This victory lifted Valencia to 9th place in the Spanish league table with 9 points. Valencia's away statistics are only 19th in the division, with two defeats in two games, both by a combined score of 1:3. It should be noted that Valencia is second in the division in terms of possession and fourth in terms of average shots.

Valencia showed their potential in the last round; another thing is that so far, the Bats have not scored a single point on the road. However, Espanyol has not looked good in their Catalan games, so they have a good chance of collecting points in the upcoming match. As for the total, we do not expect a lot of goals.