Granada vs Celta: Bet on the Guests 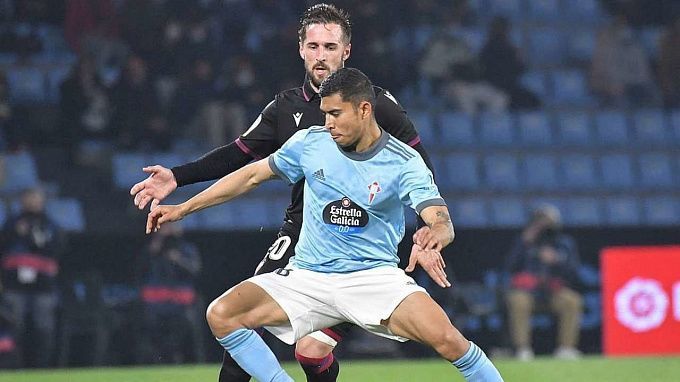 Sunday's pool of the Spanish La Liga round 34 will continue with the match between Granada and Celta. Note that both teams have yet to secure a place in the elite next season, which means both the southerners and the Galician have a high tournament motivation.

Nasrids played four matches in April, winning none, losing twice and drawing twice. They drew with Rayo Vallecano and Atletico, turned out weaker than Levante and Sevilla. The results are poor, so it is not surprising that the future home team is only 18th, i.e. in the relegation zone, before the start of Sunday matches. Granada's home statistics are 18th in the division, with 17 points after 17 games played and a goal difference of 20-28. It is worth paying attention to the fact that Granada is two points behind Cadiz, which has already played the round 34 match. That means the victory over Celta will lift the hosts to the saving 17th place.

After the international break, Celta played four official matches, three of which they lost: against Real Madrid, Espanyol and Getafe. With five rounds remaining, Celta hold the 12th position with 39 points. The position of the Sky Blues is quite good, even despite the weak last statistics. However, they have yet to secure a place in La Liga next season. Celta has 9th best statistics, five wins and six losses in 16 meetings on the road.

Granada and Celta have played each other 52 times, 15 matches won by the Nasrids, with 15 draws and 22 wins for the Sky Blues, goal difference 52-75. The teams have played each other in three tournaments: in addition to the Primera, they have faced off in Segunda and Copa del Rey. There have been 37 matches in the Primera: +13=10-14, 39-48, a slight advantage for the Sky Blues. In Granada, the advantage is on the side of the hosts: +12=8-6, 29-25 goal difference. In the first round of the current championship, Celta defeated their opponent 1-0 at home.

Both teams make a poor impression in April, they have problems with effectiveness, that is why we do not expect any high-scoring match. As for the outcome, we bet on Celta not to lose. Granada has big enough personnel problems for us to doubt that the southerners will be able to beat the still motivated Galicians. The first bet: X2+TU (4.5) for 1.60 at the line of 1xbet.

In general, we will not be surprised if the guests win the upcoming match. Celta has played well away with teams from the bottom part of the standings during the season. Second bet: W2 for 2.62 at Bet365.

As we've said, we don't expect a lot of goals, moreover, we think that the fate of the upcoming match will be decided by one goal scored by the visitors. Third bet: Correct Score 0-1 for 8.00 as offered by 22bet.