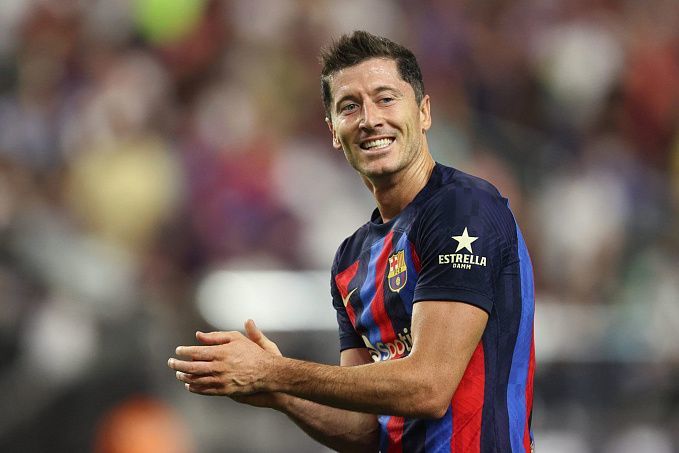 Saturday's part of La Liga round 7 will end with a match between Mallorca and Barcelona, with the Catalans quoted as the big favorites. Having lost two points at the start of the tournament, Barcelona is now chasing Real Madrid, which has a 100% result. Obviously, Barça is very motivated, so there's nothing surprising.

The Pirates have two wins, two draws and two losses. A kind of average starting point, as the team occupies 10th place in the standings with eight points under their belt. It should be noted that both defeats came in matches against teams from the top of the table: Real Madrid and Betis. At the same time, the Pirates scored in the last five games, failing to score only in the first round against Athletic. At home Mallorca suffered a loss against Betis, a draw against Girona and a win against Almeria.

Barcelona started La Liga 2022/23 with a draw against Rayo Vallecano, continuing with five consecutive victories that allowed the Catalans to maintain second place, but did not let them climb higher. The gap from the leading Real Madrid is two points, and should they win in the Balearics, Barcelona would climb to first place in the division by at least twenty-four hours. It should be noted that in the Spanish championship Barcelona has a 100% result in away games, three wins in three games over Real Sociedad, Sevilla and Cadiz. All these matches saw at least three goals scored, both in the match and individually for Barcelona.

Mallorca and Barcelona have played each other 69 times: +17=12-40, goal difference 75-138 in favor of the Catalans. The teams have crossed in four tournaments, Primera, in the Spanish Cup, National Super Cup and La Liga Cup. In the Primera Division, the teams have played 60 games: +13=10-37, goal difference 63-124. At Visit Mallorca Estadi, Barcelona still enjoys a slight advantage: +17=4-13, 56-38 goal difference. In the 2021/22 season, Barcelona beat Mallorca twice: 1-0 away and 2-1 at Camp Nou. In total, Barcelona has a winning streak of nine matches over Mallorca.

Barcelona scored at least three goals in all their away matches of La Liga 2022/23, and we will not be surprised if they do it this time as well. However, we are not sure that this time they will not concede. Mallorca has regularly scored in 100% of their home matches this season. We expect a productive match, with the Catalans achieving another victory. Here are the betting options for you to consider: