Mallorca vs Granada: Will the home side pick up points again? 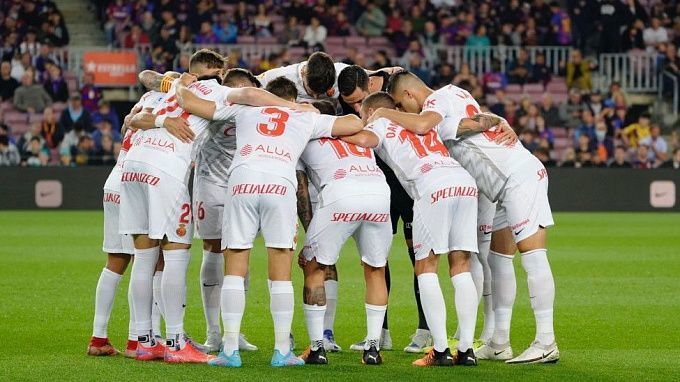 Mallorca will face Granada in round 35. They are direct rivals in the fight for survival, and the bookmakers favor the home side in the pairing. Both sides need to win points so it will be a tough encounter.

In April, the Islanders played five matches in which they achieved two wins and three defeats. The losses came against Getafe, Elche, and Barcelona and victories against Atletico and Alaves. The wins were home victories, and the defeats were away ones. Before the game, Mallorca is in 16th position in the Spanish league table, with 32 points, just one point ahead of Granada in the relegation zone. Their home statistics are 13th in the division, +6=6-5, 16:18 goal difference in 17 games.

Unlike Mallorca, Granada hasn't won since 19 March and the match against Alaves. Since then, the southerners have played five games in which they have achieved three draws and two defeats. Granada is in the relegation zone, specifically in 18th position, with 31 points. In case of a win in the upcoming game, Granada will be 100% out of the relegation zone. Granada's away statistics are 14th in the division, +2=7-8, 16:28 goal difference.

Mallorca and Granada have been playing against each other quite effectively. However, we doubt the upcoming encounter will be a high-scoring one. Each team will be as careful as possible not to make a mistake. We believe that Mallorca won't lose, as this team has become domestic in recent times. Our first bet of the game is a combination bet on the home team: 1X+TU (3.5) for 1.63.

The teams haven't often played to a draw, only 16% of the time. However, in our opinion, the upcoming match will be one of them. Mallorca can be satisfied with a draw because it will keep the Balearic side from the relegation zone. And Granada must not lose in any case. The second bet is a draw for 3.48.