Osasuna vs Getafe Prediction: Will los Rojillos retain their place in the top 4 of La Liga? 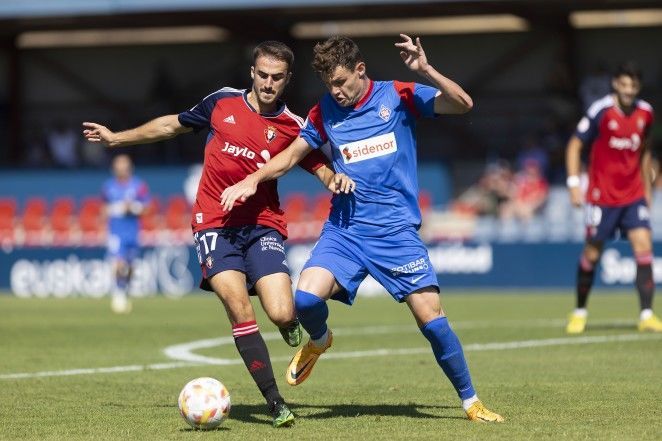 The match between Osasuna and Getafe will open the Sunday pool of the sixth round of the Spanish soccer championship. Pamplonians are quoted as the logical favorites of the pair, although it is worth noting that the Azulones finally won the last round, and, moreover, over a fairly serious opponent, Real Sociedad.

Osasuna lost only one match in La Liga 2022/23, away to Seville's Betis with a score of 0-1. Los Rojillos won the other four matches, with 12 points and a place in the top four of La Liga before the start of the 6th round. It should be noted that in each home game of the season Osasuna scored exactly two goals against Sevilla, Rayo Vallecano and Cadiz, which means that the efficiency of Osasuna in games at El Sadar is fairly good.

In the fifth round Getafe won for the first time in the season, being stronger than Real Sociedad. They also prevailed at the match against Villarreal, also at home. As for the away matches, Getafe suffered 1-3 defeats to Girona and 1-5 defeats to Valencia. Thanks to the victory over the Basques, Getafe broke away from the relegation zone, but their lead over Valladolid is only the best goal difference.

In the last seven games between Osasuna and Getafe, there was a winning bet of TU (2.5), a very low scoring pair, given that in this period the opponents played three times to a draw 0-0. We doubt that the upcoming meeting will be rich in goals, however, our first bet is still an outcome bet. Osasuna is doing pretty good right now, especially at home. While Getafe has noticeable problems with the results in away games, and in general, their season started poorly. Here are the betting odds for this match: