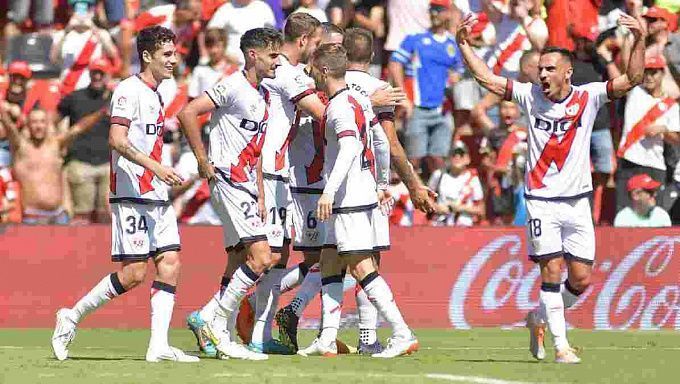 The seventh round of the Spanish La Liga will end with a match between the capital club Rayo Vallecano and Elche. The organizers of the tournament have put on Monday a far from top match, bookmakers giving preference to the hosts.

The Red Sashes played three official matches in September: they beat Valencia 2-1 at home, and on the road, they lost to Osasuna 1-2 and Athletic 2-3. The results are poor, but thanks to a more successful start, Rayo are in the middle of the table with 7 points, three points more than Valladolid, located in the relegation zone. Rayo's home statistics are 15th in the division: a 0-2 defeat at the hands of Mallorca and a 2-1 victory over Valencia.

Despite Rayo Vallecano's recent failures, the Red Sashes are quite logically quoted as the favorites for the upcoming game. The fact is that Elche are doing very poorly. After the draw in the second round against Almeria, Elche lost four games in a row, three of which they conceded three or four goals per game. As a result, after six rounds played, Elche are at the bottom of the table, with only one point.

Despite the head-to-head stats, we think that Rayo looks like a logical favorite in the upcoming game. It's not even so much about the Red Sashes as it is about the terrible form of Elche, with five defeats in six starting games of La Liga and simply terrible defense that missed 11 goals in the last three games. Here are the betting options for the meeting: