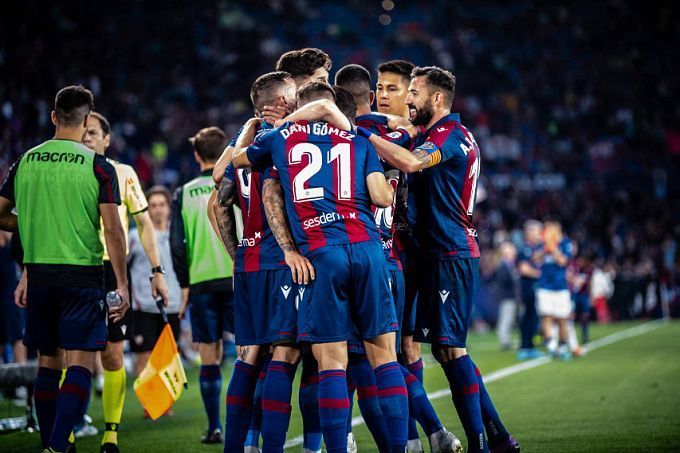 The final round of the Spanish league will begin with the match between Rayo Vallecano and Levante. It is worth noting that Levante has already lost any chance of retaining their place in the elite next season, while Rayo is guaranteed a spot in La Liga in the 2022/23 season.

After beating Barcelona at the end of April, Rayo Vallecano has played four games in the Spanish league and has scored only two points in that period, losing 1:5 to Villarreal and 1:2 to Mallorca, as well as drawing against Getafe and Real Sociedad. Despite the poor results in this period, the Bees are in no danger of relegation as before the start of the 38th round, the Madrid side is in 12th position, with an asset of 42 points and a six-point lead over Cadiz. Rayo's home statistics are 10th in the division, +8=5-5, 24:18 goal difference. Rayo's stats are not bad, but in their last five games at the Vallecas, they have not won a single game and have picked up just three points.

Levante scored two more points than Rayo in their last five games, losing to the top two sides, Real Madrid and Sevilla, drawing with Valencia, and beating motivated Real Sociedad and Alaves. But all those heroic efforts by the team were in vain, with Mallorca winning Rayo 2:1 in the last round of La Liga. On the road, Levante has the 17th statistic in La Liga, +2=4-12, 19:44 goal difference.

Rayo Vallecano has failed to win eight games in a row: five defeats and three draws. There is a strong feeling that the Bees won't win on Friday at Vallecas either. The hosts' motivation is zero, and all the problems in La Liga are solved, so in such a situation, it will be extremely difficult for the coaching staff of Rayo to set up their charges for a real fight against Levante. The Frogs haven't motivation either. Therefore, we won't be surprised if Levante doesn't just bring back points from Vallecas but win the upcoming match.