Rayo Vallecano vs Osasuna: Rayo to avenge the first round defeat 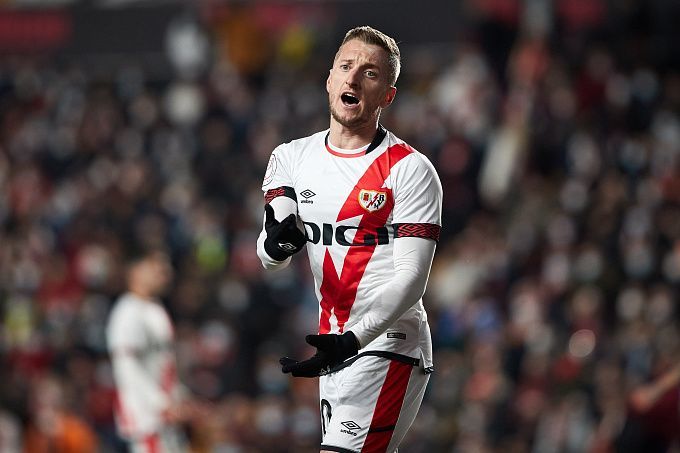 Rayo Vallecano will host Osasuna in round 24 of Spanish La Liga. Let's see how the teams are doing & what's best to bet on. There are several options for you to consider!

Rayo Vallecano has had only one victory in the last four matches. On the other hand, the opponents they played were very tough (0-1 against Athletic, 0-2 against Celta & 1-2 against Betis). They didn't have trouble handling a modest Mallorca, though (1-0). Rayo Vallecano sits 9th in La Liga standings with 31 points, just four points behind the European competitions zone.

Osasuna's been really good recently. After losing to Celta (0-2) they defeated Granada 2-0, and in the last round they drew with strong Sevilla (0-0). Osasuna sits on the 12th line in the standings, with 29 points and six points behind the top 6. In general, the team is a middling in La Liga, which is closer to the Eurocup zone.

We think that Rayo Vallecano will be stronger than Osasuna. The thing is that the team managed to achieve as many as 8 wins in 11 home matches this season, with two draws and only one loss. Plus, the first round saw Osasuna defeat Rayo Vallecano (1-0), so the latter will have a thirst for revenge. In that case, we suggest betting on a win for the hosts for an excellent odds. Prediction: victory for Rayo Vallecano.