Rayo Vallecano vs Real Madrid: the Meringues to strengthen their lead 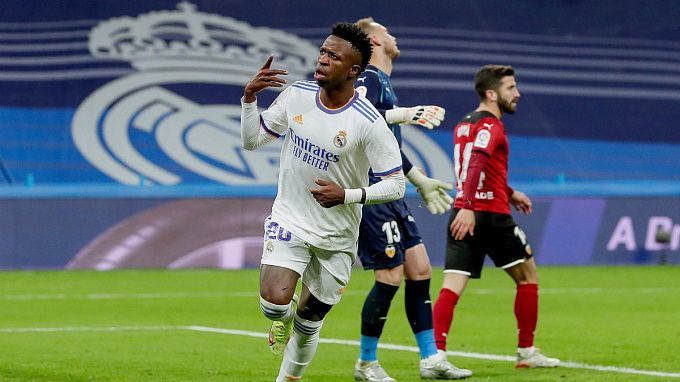 Saturday's pool of the Spanish La Liga will continue with the match between Rayo Vallecano and Real Madrid. The Meringues are quoted as the big favorites in the pair, which is quite difficult to argue with, given that Real had a whole week to rest before the match against the Red Sashes. While Rayo Vallecano is not even on the decline, but in a real crisis, given the recent results of the future hosts.

After reaching the Copa del Rey semi-final, Rayo Vallecano played four home matches, all with a negative result. In the first semi-final of the Copa del Rey, Rayo lost on the home field to Betis 1-2, and in La Liga, the Red Sashes were weaker than Celta, Osasuna and Elche. More recently, Rayo was seen as a likely contender for a place in the Champions League zone. Now the future hosts are sitting 11th in the standings, with little chance of breaking into the European competition through the championship. Without a doubt, Copa del Rey is the most important tournament for Rayo Vallecano at the moment, and the return leg against Betis is not far off.

Real Madrid is already out of Copa del Rey, and the return match of the Champions League against PSG will be held on March 9. Now there is time to deal with La Liga, and the situation for the Meringues here is generally good. 25 rounds played, the capital team is leading the standings with six points over their closest pursuer Sevilla. Real Madrid also have excellent statistics on the road, +8=2-2, 23-12 goal difference. And most importantly, Rayo is a very comfortable opponent for Real Madrid: the Meringues have beaten the Red Sashes in four of their last five matches.

Rayo is now more concerned about Copa del Rey, as they have yet to play the return match against Real Betis. Chances for winning the final are slim, but they are still there, and for that they need to keep fresh and not waste a lot of energy in the Madrid derby. Real at the moment is focused on La Liga, they are no longer playing in La Copa and the Champions League match is not soon. So the leader of the championship will throw all their forces to win the derby, improve the tournament situation and increase the gap from Sevilla and other competitors. We offer the following options for you to bet on: H2 (-0.75) for 1.85; W2+TO (2.5) for 2.50; Correct Score 1-2 for 7.50.