Rayo Vallecano vs Sevilla: the Visiting Team Not to Lose At Least 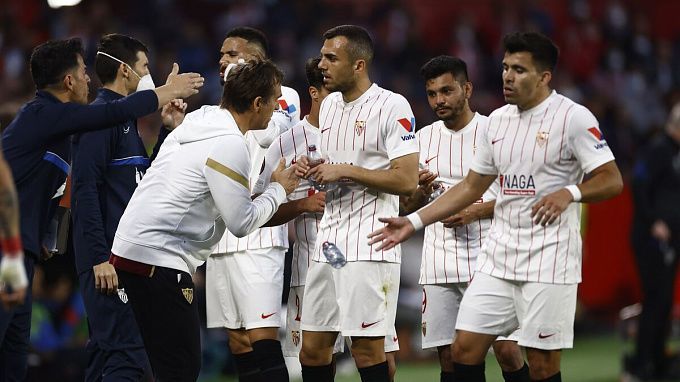 Prediction for the La Liga Rayo Vallecano vs Sevilla match, which will take place on March 13 at 16:00. Check the teams’ conditions and expert betting tips. Several betting options are available!

If in the first half of the championship Rayo Vallecano contended for the European Cup, in the second half they are trying to keep their place in the elite. In the last ten rounds, Rayo scored only four points, beating Alaves (2:0) and drawing with Betis (1:1). In other games, the team suffered defeats. As a result, they dropped to 14th place in the La Liga standings, seven points ahead of the red zone.

Sevilla wants to qualify for the Champions League this season. At the moment the team occupies the second position with 55 points, and the gap from third place Atletico is four points. Also, Sevilla has the first statistic of conceded goals. So, Sevilla missed only 18 in 27 games, which is 0.85 on average. Last time Sevilla outplayed English West Ham (1:0) at home in the last 16 of the playoffs. The return match will take place on March 17 at the Olympic Stadium in London. So the visitors now have a lot of worries.

Rayo Vallecano is not what it was a few months ago. Even in its arena, the team does not show significant results - one victory in the five matches, so we do not think that the hosts will put up a fight against the second La Liga team. Sevilla should not lose points now or they will lose their advantage against inferior Atletico. Bookmakers do not strongly believe in their win, which allows us to bet on a zero handicap.