Rayo Vallecano vs Valencia: the Levantines to Keep the Undefeated Streak 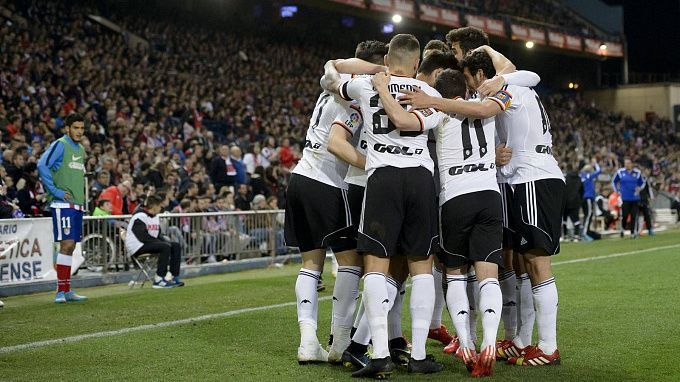 Round 31 of the Spanish La Liga will end with the match between Rayo Vallecano and Valencia, scheduled for Monday. The Madrid team is quoted as the favorite, the Bees are already pushed by teams from the bottom of the standings. While Valencia have already decided a lot for themselves in the current draw, and the Oranges have no chance to break into the European Cup zone.

In the first round, Rayo even claimed a place in the top-4. But in the second part of the season, the Bees seemed to have been replaced. Madrid's most recent victory was in early February, in a cup game against Mallorca. Since then, Rayo played 10 matches, getting three draws and seven defeats. They dropped out of the Copa del Rey because of Betis, and in the last round sealed a 2:2 draw in the match against Granada. The results are very poor, however, the Bees in the first round created such a margin of safety that now they are not afraid of much. Before the start of Sunday's pool of the round 31 Rayo is in 13th position, five points ahead of the relegation zone, and Cadiz. Rayo's home statistics are ninth in the division, which seems to be quite good. But at the same time, in the last five encounters, the team earned the only draw and four defeats.

Valencia can already wrap it up in La Liga. The gap from the Eurocup zone is 10 points before Sunday's match against Real Sociedad. That is, at the start of our game this gap may reach 13 points. With time left before the end of the draw, such a handicap is not possible, and the Levantines already has 41 points. At the end of April Valencia will play in the Spanish Cup final against Betis so they should not lose their normal competitive rhythm and claim negative results. On the road, Valencia has the eighth statistic in the division, +5=4-6, 20:25 goal difference. Note that Valencia has not lost in its last three away meetings.

In terms of motivation, the advantage is on the side of the home team. However, it is doubtful that Valencia would give up the upcoming match to their opponent without a fight. Valencia does not really need points, unlike Rayo, but the Bees have already forgotten when they used to win. Valencia has a six-match unbeaten streak, which they would not mind extending to seven games.

We have been paying attention to the fact that Rayo Vallecano is historically quite a comfortable opponent for Valencia, the Levantines have regularly brought victories from Madrid in the past. We should not be surprised if the unmotivated but well-organized Bats gain another three points in the capital.

Lately, Valencia has been fond of the 1:0 scoreline. At least out of three outings, the Bats won twice with such a result over Mallorca and Elche. We bet on the continuation of this trend.