Real Betis vs Athletic Bilbao: The Basques can take points away from Sevilla 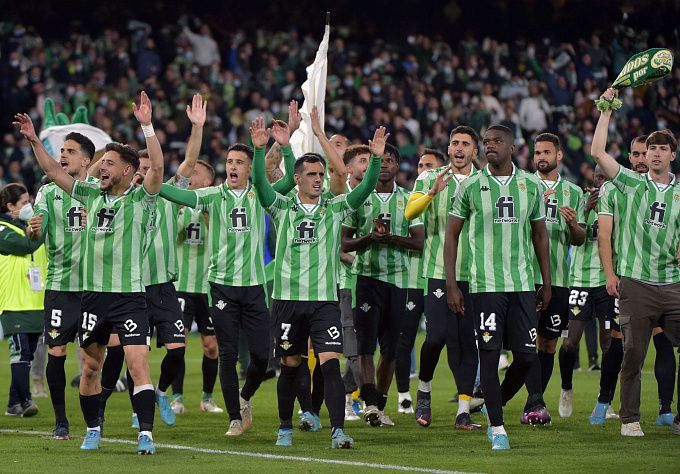 In round 28 of the Spanish championship, Betis will play host to Athletic. Check the team conditions and choose several betting options.

Betis has slowed down considerably and now not only risk missing the coveted Champions League but also missing out on the Europa League altogether. They are currently sitting in fifth place at the table with 46 points, and their opponents are breathing down their necks. After four wins in a row, Betis has played five matches, drawing twice and losing three times. They lost to Sevilla (1:2) and Atletico (1:3) and also lost to Eintracht (1:2) in the week's first leg of the Europa League round of 16.

The Athletic are now four points behind the Europa League leaders. The Basque side has 40 points, while sixth-placed Real Sociedad has 44. After an embarrassing 0:4 defeat at the hands of FC Barcelona, Athletic dropped out of the Spanish Cup after losing 0:1 to Valencia in the second leg of the semi-final, and in the last round of La Liga they easily beat Levante (3:1).

Bookmakers' analysts believe Betis will beat Athletic. However, we wouldn't be so confident about the visitors. The hosts have a five-match unbeaten streak, and 1:2 at home to Eintracht this week could knock them out altogether. Moreover, there's not much time to rest. The Basques had plenty of time to prepare for this game, and they easily defeated Levante in their last game. It should be noted that the hosts cannot beat the visitors in five games in a row already. Prediction: Athletic won't lose.