Real Madrid vs Alaves: Betting on a Win for Madrid 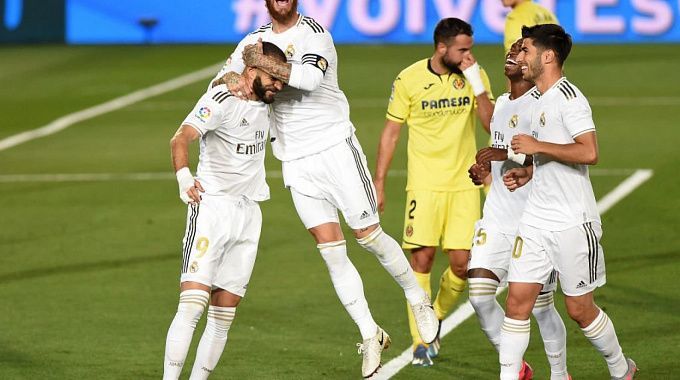 In Saturday's pool of the Spanish championship, Real Madrid will face Alaves. Both teams have no problems with motivation, but there are problems with the results. Recently, the Whites and the Basques have been regularly scoring. However, we do not expect an abundance of goals.

In midweek Real Madrid played a difficult match in the Champions League last 16, which ended in a 0:1 defeat. Real Madrid kept their chances of reaching the quarterfinals, but their performance failed to impress. There were three attempts and zero shots, while PSG was 22/8 with 57%/43% ball possession for the Parisians. A total disappointment for the Primera leader with Benzema on the field. By the way, without him, Real Madrid scored only once in the three matches before the battle at Parc de Princes being knocked out of the Spanish Cup.

After a long winless streak, in the last round of La Liga, Alaves beat the unstable Valencia 2:1. The Basques couldn't climb out of the relegation zone, but the visiting team managed to move up to 17th place due to this win. Alaves is four points behind Granada in 14 rounds. Alaves has the 19th statistic in the division on the road, only one win in 11 games and eight losses.

Alaves are a comfortable opponent for Real Madrid, with eight wins in their past ten games and two Basque victories. The Meringues, who let Sevilla too close, have no right to lose points in a home game against an outsider, even despite their busy schedule and an away match in the midweek. However, we doubt that Saturday's game will be productive. Real itself has become an under team recently, and the only way for the Basques to earn points at the Santiago Bernabeu is to play defensively.