Real Madrid vs Barcelona: Will the Whites Strengthen Their La Liga Leadership? 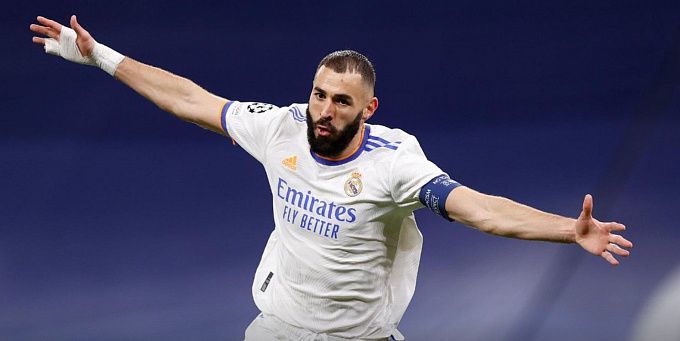 Sunday's pool of the La Liga 29th round will end with the match between Real Madrid and Barcelona. El Clasico and the capital club is quoted as the favorite. Unlike Barcelona, who played their Europa League last 16 return game against Galatasaray on Thursday, Madrid had a full week to rest and prepare, so it makes sense.

The winning streak of Real Madrid has lasted five games. In the UCL, they sensationally defeated PSG. In La Liga, they were stronger than Alaves, Rayo Vallecano, Real Sociedad and Mallorca. An excellent series, which allows the Reales to lead the standings with a gap of 10 points from Sevilla. Such a handicap lets Real be calm. On Sunday, Madrid does not need a victory and strategically can be satisfied with a draw. Moreover, in this round Seville will have a difficult match against Real Sociedad, fighting for a place in the European competitions. The Merengues have the best home statistics in the division, with 10 wins in 14 games, four draws, and a goal difference of 32-9. They have the second-best home defense in the division after Real Sociedad.

The 2:1 victory over Galatasaray increased the Catalans unbeaten streak to 11 matches. The Blaugrana reached the quarterfinals of the second most important European cup and moved up to third place in the La Liga standings. The Blaugrana are 15 points behind Real Madrid, with a game in hand. It is obvious that Xavi's team should not count on the title this season. The main task of the visiting team is to save a place in the Primera top-4 and to win the Europa League. The gap from the fifth Betis is two points. Barcelona's away stats are the fourth in the division with 22 points after 14 games, a goal difference of 21:16.

The field factor in El Clasico plays an essential role - not decisive, but noticeable. For Sunday's match, both teams are in good shape. Real Madrid is physically and mentally fit after beating PSG (before the UEL the Red and Blues were the favorites). Now the French are trumpeting the change of coach and searching for a specialist capable of leading them to victory in the UCL. It is a fact that Real has grown seasoned under Ancelotti. Now there is little doubt that they will be the next champions of Spain.

Barcelona had a tough match against Galatasaray on Thursday. The Catalans had to bounce back, which made it difficult for the Blaugrana. Despite the territorial advantage in Istanbul, Barça did not have many chances to shoot, and the xG 1.75 only confirms it. We believe that Real Madrid has a good chance of beating Barcelona for the sixth time in a row.