Real Madrid vs Elche: the Easy Three Points for the Whites 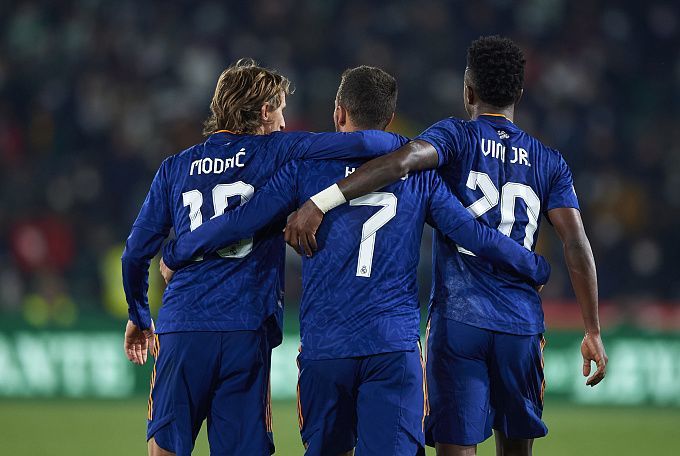 Real Madrid in the 22nd round of the Spanish La Liga will meet with a strong outsider of the championship - Elche. The outcome of the match was predetermined before it even started. Check the teams’ conditions and expert betting tips. Several betting options are available!

Real Madrid has secured a slight advantage over second in the table Sevilla. The difference between the competitors is only four points, so the Meringues will not be careful with Elche. Madrid is performing excellently on its stands. Since the start of the new season of the Spanish championship, they have not suffered a single home defeat - seven wins and three draws, with a total score of 22:6. On the last matchday, the Whites thrashed Valencia 4:1. It is worth noting that Real Madrid won the Spanish Super Cup 2022, confidently beating Athletic 2:0 in the final.

There is not much to say about Elche. Not the strongest team in the championship, but not the weakest. It is 15th in the La Liga standings and has 22 points, five more than Alaves, the leader of the relegation zone. Elche left the Spanish Cup in the last match, losing to Real Madrid in extra time (1:2).

Real Madrid is more comfortable beating Elche in the championship than in the Spanish Cup. Playing at home, the defence of the Whites feels as solid as possible - six conceded in the last ten home games. We think that the class of Real players will allow beating the modest Elche, leaving their own goal empty. Prediction: a win to nil for Real Madrid.