Real Madrid vs Sevilla: Sevilla has no right to lose 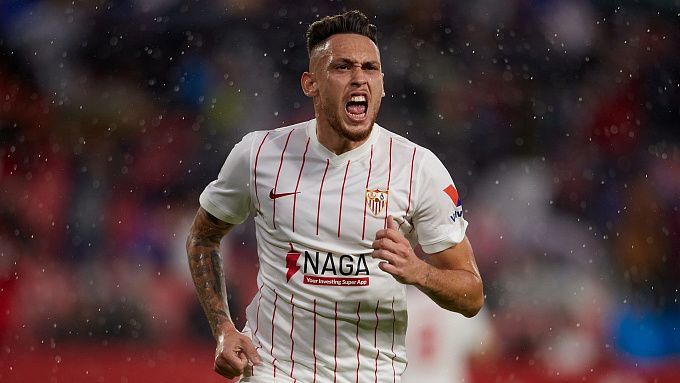 If Sevilla is still to fight for the championship, they can't lose to Madrid. That’s it. There is a feeling that Julen Lopetegui's players would rather die than give three points to Real Madrid.

Do you think we're going to belittle the merits of Real Madrid now? Not at all. The team is in great form right now, and Carlo Ancelotti should be given credit for that. It's a long time since the Whites have shown such confident soccer. And if not so long ago there was a time when Madrid won, but it was by a finger’s breadth, now there is no questioning the credibility of their victories.

Why will Real Madrid lose points against Sevilla? It is not about Real Madrid. It's about Sevilla, who will only accept a draw or a win here. It is important to note that Madrid have not lost in a long time, and they spent a lot of energy to achieve these results. Perhaps the fatigue will play its role.

If Sevilla does not win La Liga this season, they will never do it. There may never be another chance like that. All the leaders are in crisis one way or another, and the team has to seize the moment. At least fight for it. If Sevilla loses on Sunday, they can already forget about the title. Both the title and the fight for it. Real Madrid will be five points ahead, which is a huge distance for the leaders.

By the way, Sevilla has only two defeats in 18 games this season. One of them (in the game with Granada) is accidental. The Sevillians beat Wolfsburg in the Champions League the week before, and now the guys are in great spirits. So why not swing for points in Madrid?

Sevilla has no other option rather than get points here. That is why we offer X2 as the main betting option. At the same time, we know Lopetegui as a very cautious coach, so we doubt he will allow Madrid to score much. If we talk about the outcome, it will most likely be a draw.

Osasuna vs Cadiz Prediction: Rojillos to claim second win in a row

Mallorca vs Real Betis Prediction: Greens will be closer to winning