Real Sociedad vs Betis: the Battle for Fifth Place to End Unproductively 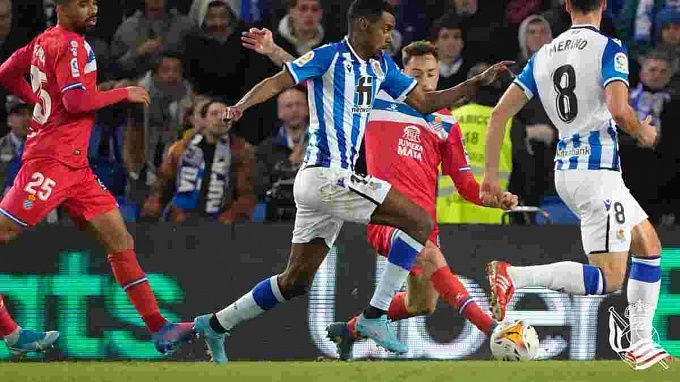 Round 32 of the Spanish La Liga will begin with the central match of the day. The encounter between the Basques and the Sevillians is crucial for both teams and the tournament placing. It should be noted that Real Sociedad has recently been quite a convenient opponent for Betis, but despite this, the bookmakers are on the side of the Basque Country.

After a 1:4 defeat in Madrid, Real Sociedad scored 10 points in the last four rounds of La Liga, improving its standing and moving closer to the Champions League zone. Currently, the Basques have 54 points, three less than Atletico and two less than Betis. A win for Real Sociedad would overtake Sevilla and catch up with Madrid who will play their match against Espanyol on Sunday. The Basque have made recent progress without their injured captain which is doubly encouraging for the fans. Real Sociedad's home statistics are seventh in the division and, should they win, will be third. In 15 games Real Sociedad has 9 victories, four draws and two losses, with a goal difference of 12:6. Surprisingly, with such a number of points earned at home, all clubs except Alaves scored more than the Basques.

The Betis players are focused on the Spanish Cup final, but do not want to lose fifth place in the La Liga standings. They do not mind regaining their position in the Champions League zone, and for this, albeit temporarily, the victory in San Sebastian is enough. Not so long ago Betis dropped out of the UEL playoffs and that result helped the Sevillians in La Liga. In the last three rounds, they played a 0:0 draw with Celta and beat Osasuna and Cadiz. Due to such results, Betis occupies fifth line in the La Liga standings, and claims a place in the Champions League zone. On the road the southerners have the third statistic in the division, eight wins in 15 games with three draws and four losses on a goal difference of 25:18.

We have been paying attention to the fact that Real Sociedad is a classic under team in home games. And to this fact should be added the of the upcoming game is of extreme importance for both teams. At the same time, personal meetings between the Basques and Sevillians can hardly be called non productive, the total over (2.5) in this confrontation is reached regularly, we still will risk to give the variant of the under outcome.

Betting on draws is often difficult to explain by logic, even if there is a clear favorite, as in our game. In simple terms, Real Sociedad has excellent home statistics, but the Sevillians are not bad at away games either. Again, let's not forget the notorious importance of the encounter, which essentially decides the fate of six points.

We expect a draw match, but at the same time, we will not be surprised if the teams exchange goals.