Real Sociedad vs Espanyol: the Basques to Get Closer to the Champions League Zone 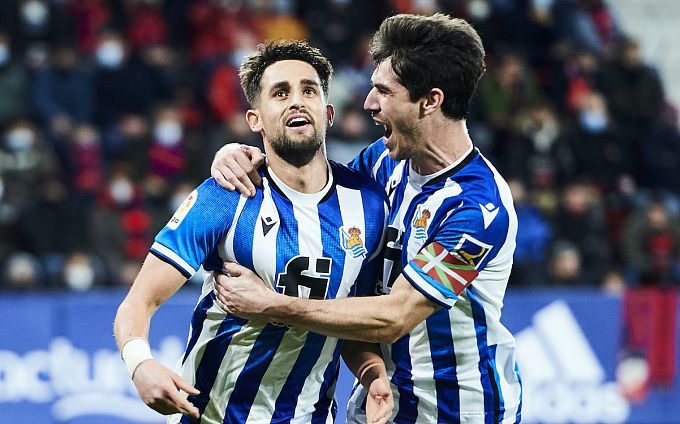 The pool of the La Liga round 30 will end with the match between Real Sociedad and Espanyol. Many Basque rivals in the reporting round achieved victories. So Real Sociedad in order to maintain the chances of getting into the top-4 need to beat the Primera average performer at home.

In March, Real Sociedad played four official matches, losing one to Real Madrid, winning two over Mallorca and Alaves, and drawing with Sevilla. Such results allow the Basques to occupy sixth position in the standings, with 48 points. Should they win on Monday, the Blues would be two points closer to Betis in the UEL zone, and six points closer to Sevilla in the UCL area.

By the way, of the teams above Real Sociedad in the round 30 only Sevilla, which played against Barcelona, did not gain any victory. Real Sociedad's home statistics are eighth in the division, with eight wins in 14 games, two defeats and a goal difference of 11-6. Real Sociedad has won its last three home encounters against Granada, Osasuna and Alaves.

For Espanyol, March was a fairly successful month. The Catalans played three formal matches. They won over Getafe and Mallorca, and tied with Levante. Currently, the Parakeets hold the 12th position in the La Liga standings, having 36 points and a 10 point ahead of Mallorca in the relegation zone. There is no guarantee that Espanyol will retain its place in the Spanish elite. However, I do not believe that the visiting team will drop out, given the dynamics of scoring by Mallorca, Levante and Alaves. Espanyol's away statistics are 15th in the league, with only one victory, five draws and eight defeats, and a goal difference of 13:25.

Before the international break Real Sociedad played an excellent quality match in Seville. The club should have gained at least one goal, and perhaps even a victory, but that game ended in a nil-nil draw. Ahead is a home match for the Basques, and Real Sociedad in San Sebastian has a 57% victory on its field. In turn, Espanyol is not playing away in the best way, and the Catalans do not need points from the tournament. We think the higher motivation in the standings will help them.

It is also worth paying attention to the fact that Real Sociedad has conceded only six goals in 14 home games. This is the top record in the division. Espanyol, on the other hand, scored less than a goal per game on the road on average. We are waiting for a couple of goals scored by the Basques.