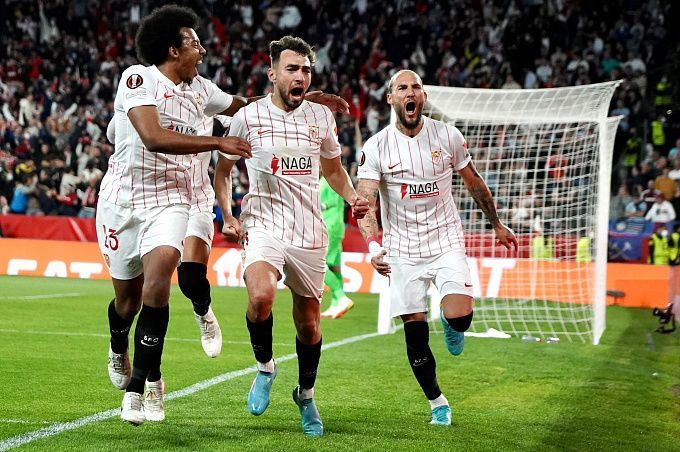 The small Andalusian derby will open round 31 of the Spanish La Liga. This match will see Sevilla take on Granada. Note that both teams have personnel problems and tournament motivation. The bookmakers are on the side of the home team, which is logical considering the status of the opponents.

Sevilla has not won an official match since the first game against West Ham in the beginning of March. Sevilla lost away to West Ham in the Europa League return leg. In La Liga, the Nervionenses drew with Rayo Vallecano and Real Sociedad, and in the last round at the Camp Nou they lost to Barcelona 0-1. The results are poor, but the Red and Whites remain in the top 4 of the Primera Division, with 57 points in their piggy bank, four points ahead of fifth-placed Betis. The only task for Sevilla before the season ends is to keep a place in the top 4. Recall that Sevilla dropped out of the Europa League and Copa del Rey. Their home statistics are second in the division, 10 wins in 14 games with four draws, 28-11 goal difference.

Granada players showed complete consistency in morale in the last two rounds. Before the international break, the Nasrids achieved a 3-2 victory over Alaves in Vitoria Gasteiz. After the pause, the southerners snatched a draw already in their home game against Rayo Vallecano, despite losing 0-2 throughout the match. Granada's character is fine, however, their position in the standings leaves much to be desired. Before round 31 starts, Granada is 16th in the table, only three points ahead of the relegation zone and Mallorca. On the road, Granada has the 13th statistics in the division, only two wins with six draws and seven losses on a goal difference of 14-24.

Sevilla and Granada have played each other 55 times, 27 wins on the side of the Nervionenses, which is 49%, with 13 draws and 15 victories for Granada. In the Primera, the teams have played 43 face-offs: +22=8-13, 70-42 in favor of Sevilla. In addition to the Spanish championship, the opponents have met 10 times in the domestic cup and twice in friendly matches. Sevilla has a huge advantage of the home team, namely 19 wins against five draws and two wins by Granada on goal difference of 56-17. Sevilla won 73% of the home games. It is also worth noting that the home advantage has been of great importance lately in this clash, as the last four matches were won exclusively by the home team.

Sevilla has been a low-scoring team in recent times. Most of the 2022 games involving the Nervionenses ended with a TU (2.5), and the last time a TO (3.5) happened was in mid-February in a Europa League match against Dinamo Zagreb. There is every reason to believe that the upcoming game will see no more than three goals scored. As for the result, for several reasons, including the statistics of head-to-head encounters, we expect a home win in Friday's game. Our first bet is a combined option W1+TU (3.5) for 1.94 at the line of 22bet.

Sevilla has the best defense in the division, having conceded 20 goals in 30 La Liga games, and out of the last five home matches, the Nervionenses have not conceded for three. In the last two games, Granada scored a lot, specifically five goals, but their opponents were modest (Alaves and Rayo), so they are difficult to compare with Sevilla in terms of level. We will not be surprised if the recently productive Granada will not be able to score on the upcoming Friday. Our second bet is a win-to-nil of the home team for 2.03 from 1xbet.

We don't expect any goals from Granada on Friday but we do expect some action from Sevilla, two goals, to be exact. We believe the score to be 2-0 for 5.50 as offered by Bet365.