Sevilla vs Real Madrid: the Southerners to Take Advantage of the Whites' Hot Schedule 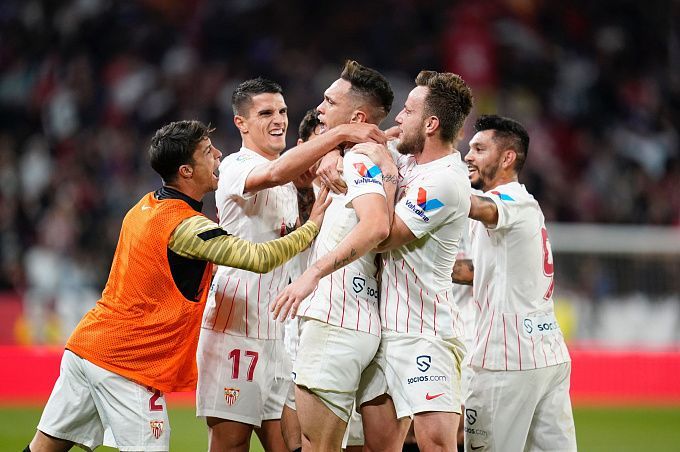 The main event of round 32 the Spanish championship will be held in Seville, where the local team will face Real Madrid. Sevilla had a week to prepare for the game, while the Whites had a difficult match in midweek against Chelsea, which, although it was lost, brought Madrid a positive result.

In the last round of the Spanish championship, Sevilla defeated Granada 4;2. Before that, the Nervionenses had failed to win four games in a row, one Europa League game against West Ham and three within La Liga. These failures have resulted in Nervionense giving up second place to Barcelona and already trailing Real Madrid by 12 points, albeit with one game to go. Sevilla's title chances in the Primera are slim, but they are still standing, given that Real Madrid made it to the UCL semifinals. In order to stay in the pool, Sevilla must win all the remaining matches of La Liga, which will be extremely challenging. By the way, Sevilla is the only team in La Liga, which has not lost a single home game so far. In general, their statistics of Red and Whites is the second in the division after Real.

In the 75th minute of the match between Real Madrid and Chelsea, it seemed that the Blues would overcome the Blues. By that time, Chelsea were leading 3:0 and had an advantage over Madrid. Ancelotti took Casemiro off the pitch on 78 minutes and released Rodrigo, who scored a Modric assist just two minutes later. That goal put the match into extra time, destroying the mental advantage of the Londoners. In extra time, the unfading Benzema brought his club to the Champions League semifinals. After such a match Real Madrid will surely need time to recover, not even physically, but emotionally. In addition, let's not forget that there is a 12-point handicap between the teams, and a draw would be fine for Madrid in terms of the standings.

Sevilla has a historic advantage in home games against Real Madrid. The Nervionense had the whole week to prepare for their crucial encounter, while Madrid had a 120-minute match against Chelsea. In addition, Real Madrid's lineup situation is also not ideal; seven players will not join the Merengues in the upcoming game. We believe that Sevilla, at least, will not lose Sunday's match.

In order to beat Real Madrid, the hosts are unlikely to shoot just one goal. The Whites regularly score on the road, both in the Spanish championship and in the Champions League.