Sevilla vs Valencia Prediction: Will the Southerners Get Closer to the UEFA Cups? 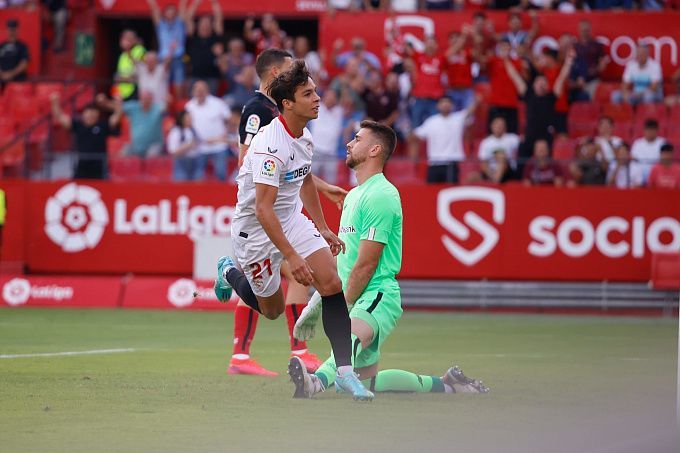 Prediction for the La Liga Sevilla vs Valencia match, which will take place on October 18. Who will win? Check the teams' conditions! Also, several betting options are available.

The change of coach at Sevilla came after the devastating defeat to Borussia Dortmund. Since then, Nervionense have played three matches, getting a 1:1 away draw with Borussia in the Champions League, a home draw with Athletic and a minimal away win over Mallorca. Four points helped the Southerners climb out to 14th place from the relegation zone. The hosts have nine points and a gap of eight points from the UEFA Competitions.

After the international break, Valencia had three matches and earned five points. The Bats tied with Elche and Espanyol 2:2 at home and defeated Osasuna 2:1. Every time a TO (3.5) was reached and a bet "both to score" worked out. Their tournament placing is better than that of Sevilla. After the 9th round Valencia is in the seventh place, three points behind Athletic in the sixth position. However, on Monday night Villarreal will play and if the Yellows beat Osasuna or vice versa, Valencia will move to the eighth position. On the road, they have the 11th statistic in the division, +1=1-2, 5:6 goal difference.

Sevilla, under Sampaoli, conceded two goals in three games, although before that they conceded in packs. The Argentine starts building a reliable defense, which was obvious, considering his career. The upcoming match is very important for the South team as they should not to lose and not to move further away in the standings. We bet on the hosts and not a very productive match.