Valencia vs Barcelona: The match will satisfy expectations 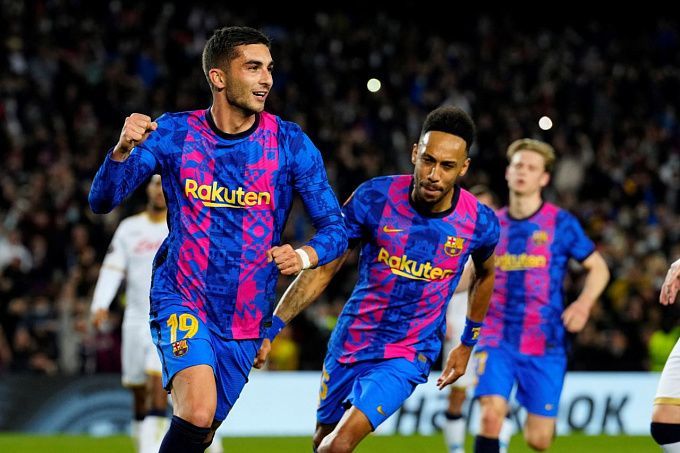 There will be a significant match on Matchday 25 of the Spanish La Liga, with Valencia as hosts and Barcelona as guests. Who will be the stronger of the two? Check the team conditions and choose several betting options.

Valencia is doing extremely poorly in the Spanish league. At the end of 24 games, the Bats are 12th in the table with 30 points, and they are eight points behind in the European competition. It would seem that three wins would reduce the gap completely, but Valencia has been too poor of late. In their last five games, they have two draws and three defeats, with a combined score of 5:10.

Barcelona is slowly being reborn. The team is starting to perform as expected, but Xavi still has a lot of work. The Catalan club is fighting for a place in the Champions League zone in the La Liga table, finishing in the fourth position with the same number of points as fifth-placed Atlético de Madrid. So now every point counts for Barcelona. It is impossible not to mention Adama Traore, who has fitted in perfectly with the team. He has already netted two assists in three games, which is commendable.

On 17 February, Barça hosted Napoli in the first leg of the Europa League round of 32 and performed admirably, but there was one problem with the Catalans' performance. The match ended in a 1:1 draw.

Valencia shows at least some play at home. They have two wins and two draws in their last five games, which is already good when compared to the team's form as a whole. Barcelona can by no means lose points in the upcoming match, as fifth-placed Atlético de Madrid will face Osasuna in round 25, where they have every chance of increasing their lead and overtaking the Catalans in the table. Looking at the statistics of their meetings, we can say that the opponents love to score against each other. They have scored a combined total of 13 goals in the last three games. Overall, the teams will achieve at least one goal each. Prediction: Both Teams to Score.