Valencia vs Celta Prediction: Vigo to End Their Losing Streak Against Valencia? 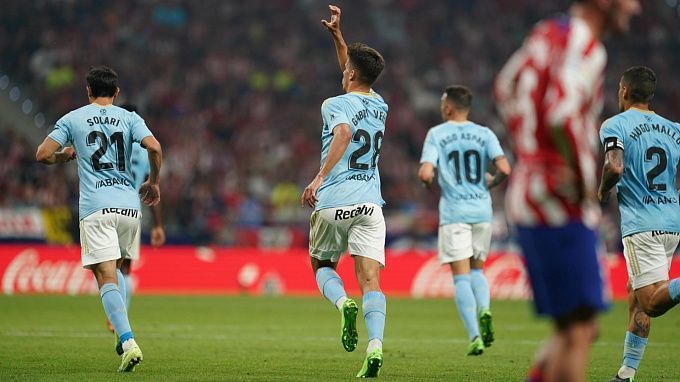 Prediction for the La Liga Valencia vs Celta de Vigo match, which will take place on September 17. Who will win? Check the teams' conditions! Also, several betting options are available.

Six points after five rounds - not what the club's fans and managers expected from the Bats. The points came in their home games against Getafe and Girona, but they have already lost one home game, 0:1, to Atletico. Then, two more away matches failed to Atletico and Rayo Vallecano. Before the sixth round, the Bats are in 12th place with a positive goal difference of 7:5.

Celta have so far lost in this Spanish championship to only two top teams: Real Madrid and Atletico Madrid, although both defeats were resounding. The Vigo club started with a draw against Espanyol, followed by victories over Girona and Cadiz. Note that four out of five matches involving Celta were the over ones, only win over Girona was an under 1:0. The team has seven points and 10th place in the standings.

We have already pointed out that Celta has lost to the top clubs, while the current Valencia is hardly one. Yes, the Bats have won two home matches out of three, but over newcomer Girona and outsider Getafe. Celta is stronger than both the former and the latter, so there is no doubt that the Bats will have problems in the upcoming game. In general, we expect a draw and hope for scoring.