Valencia vs Girona Prediction: Gattuso to start the season with a win 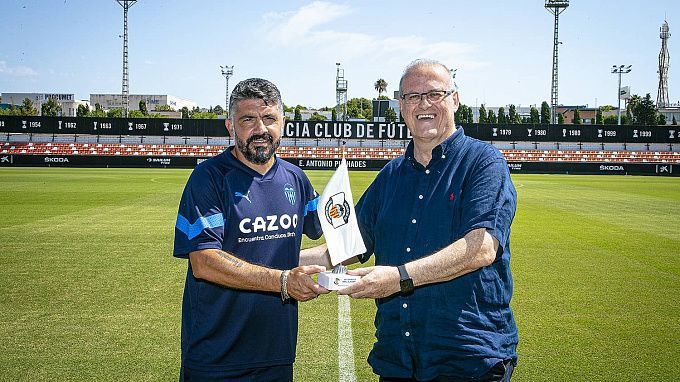 In the first round of the Spanish La Liga, Valencia will face Girona at the Mestalla. Los Che is regarded as clear favorites, which is difficult to argue with, considering that the Catalans are newcomers to the elite Spanish division.

Before the start of the official season, Valencia played several friendlies, achieving victories over Dortmund, St. Gallen, and Atalanta, playing a draw with Nottingham Forest, and losing against Stuttgart and Castellon. The new head coach of Valencia is Gennaro Gattuso, who is not very familiar with La Liga but is an excellent motivator. Regarding personnel policy. In the off-season, Valencia sold one of their best players, Goncalo Guedes, to Wolverhampton for 32.6 million euros and goalkeeper Cillessen. To replace Guedes, Los Che took Samuel Lino on loan from Atletico, bought Hugo Duro from Getafe, and Gattuso's acquaintance Samu Castillejo came from Milan as a free agent.

Girona has the fourth lowest value squad in La Liga. The same specialist who led the future guests to the elite, Michel, coaches the Catalans for precisely one year. Izquierdo, Gallar and Calavera left the team. They bought out Gutierrez from Real Madrid and brought in Herrera, Castellanos, Couto, and Riquelme. Girona had six friendlies before the season, of which they won two against Andorra and Bolivar, lost to Benfica and Napoli, and drew with Peralada and Zaragoza.

Valencia has prepared well for the season. The club has personnel losses, but we would also like to note the arrival of the free agent Castillejo from AC Milan, so you probably would not say that Los Che has become weaker. Gattuso is expected to qualify for European competitions this season and at least for the top 4. The latter is hard to believe, given the competition in La Liga, but the former is entirely within the Bats' reach. They need to get "their" points from the first round. Obviously, Valencia will be satisfied with only victory in the match against the elite newcomer, though not lacking experience. Let's try betting on the favorite. As for the total, we hope the teams in the opening round will please us with high-scoring performance. We offer these betting options for the meeting: