Spain vs Georgia: the Red Fury to get 3 points easily 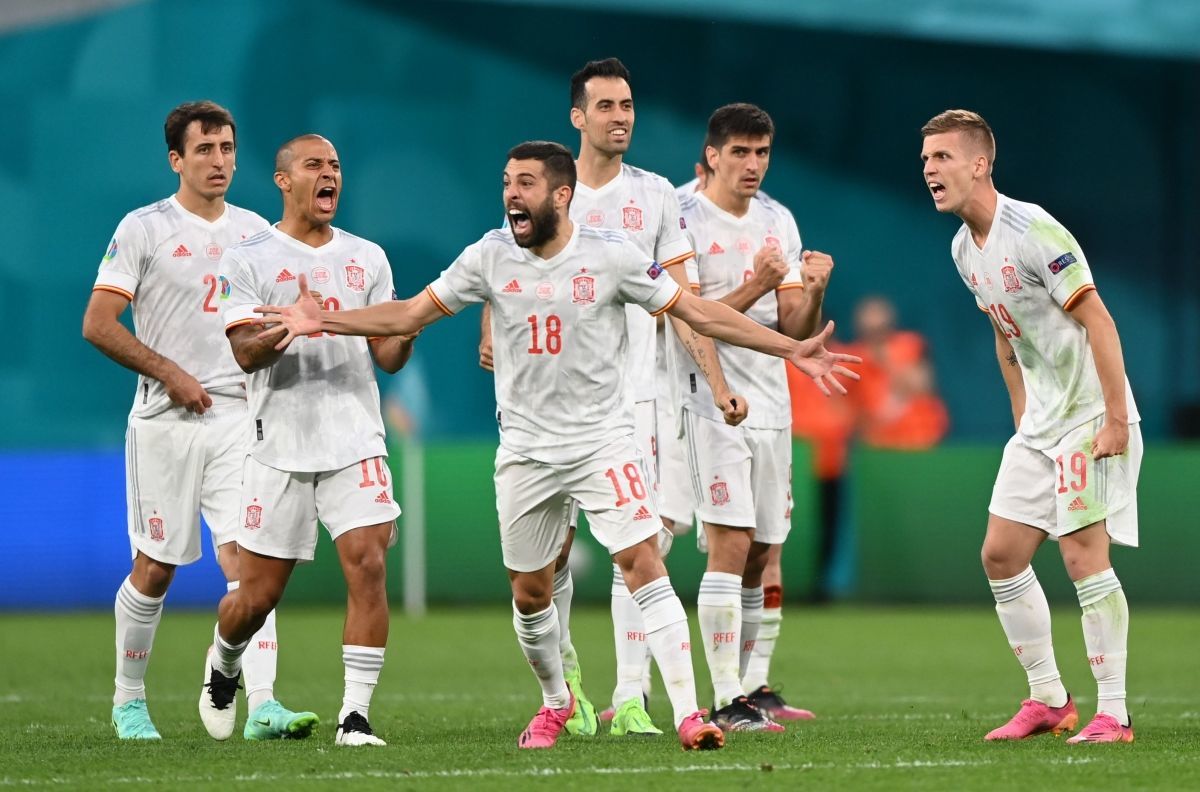 In the first round of qualifying for the 2022 World Cup the Georgia national team almost took away points from the Spaniards. Will the Crusaders be able to put up resistance to the favorite again? Our prediction: The Red Fury will win easily!

The Spanish team is the main favorite in Group B in the qualifying for the 2022 World Cup, but now they have real problems in qualifying for the finals of the tournament. It all started for the Red Fury with a 1-1 draw against Greece at home, which is surprising in itself. After that, Luis Enrique's team defeated Georgia (2-1) and Kosovo (3-1), not without problems, though. After playing at Euro 2020, where the Spaniards reached the semi-finals, they had to face Sweden, and they were quick to open the scoring with Carlos Soler. However, less than a minute later Alexander Isak evened the score, and in the second half Victor Claesson ended the game with the Red Fury's defeat 1-2, which threw them into second place in the standings.

The Georgia national team fights bravely in the 2022 World Cup qualifiers, but it isn't getting them anywhere. They fought against Sweden in the first match to lose 0-1. The Crusaders managed to open the scoring against Spain and then kept a tied score for a long time, only to concede in the 92nd minute and lose 1-2. The Georgians earned their first points in a game against Greece, clinching a 1-1 draw, with the exchange of goals at the very end. It seemed that after such high quality games with the Group B favorites the Georgian team will show the same level in a home match with Kosovo, but it ended in an unexpected defeat (0-1), which sent them to the last place in the standings.

The teams have had four head-to-head encounters, the Spaniards winning three of them, and once it was the Georgians who celebrated victory. The goal difference is also on the side of the Red Fury (5-2). Their last game was in the first round of the 2022 World Cup qualification when the Spanish team beat the opponent 2-1.

The Georgia national team has shown character, excelling themselves in each of the 2022 World Cup qualifying matches, but the last game with Kosovo has all chances to reflect negatively on the spirits of the Crusaders, as now they will definitely not qualify for Qatar. Meanwhile. Spain will be extremely motivated in this upcoming game, as they also risk missing out on the final round of the tournament. The Red Fury may start to think about keeping the goal difference if they and the Swedes are tied on points at the end of the qualifiers, so Handicap Spain (-2.5) for 2.04 seems like a great option.

The Spain team has been conceding a lot lately. In the previous 10 official matches, Red Fury kept their goal intact only twice. Once was in the opening round of Euro 2020 when a horribly boring match with Sweden ended in a 0-0 draw, and the other time was in the group stage final with Slovakia (5-0). The rest of these 10 games involved Luis Enrique's team conceding, including a goal from Georgia. Thus you should consider betting on Both Teams To Score for the odds of 3.01.

The Spain national team continues to have great problems with the center forwards and choosing them. In the match against Sweden Álvaro Morata and Gerard Moreno came out on the field at the same time, to show nothing special and to be substituted again. The only goal for the Red Fury was scored by Carlos Soler, who is now in great form. He has scored goals in each of the first two rounds, playing in La Liga for Valencia, and now he has scored against Sweden for the national team. He's obviously gaining steam, so it is worth betting on Carlos Soler's goal for 2.15.