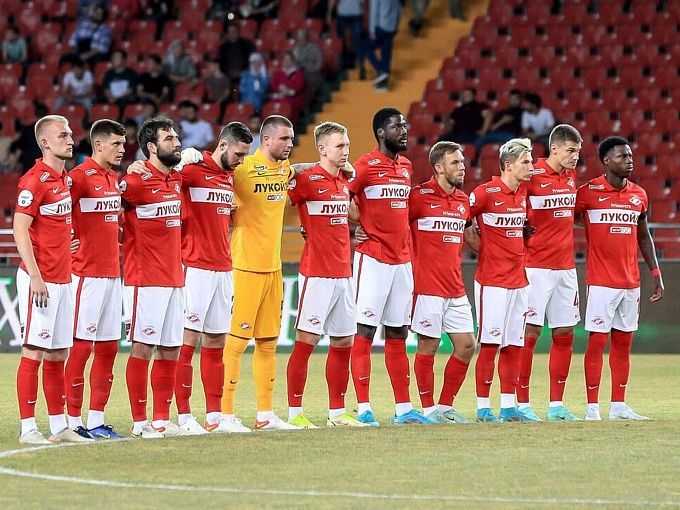 Spartak Moscow will take on PFC Sochi in round 5 of the Russian Premier League on August 14 at 20:00 (UTC+3). Let's see how the opponents are doing & what the best bet is. There are several options for you to consider!

Spartak Moscow failed spectacularly in the first round of the Russian Premier League. Akhmat were held to a score draw on the road. The Gladiators were stronger in the remaining three games. First, they thrashed Krasnodar and Orenburg (4-1 each), and lastly, they confidently outplayed Ural (2-0). Thus, with ten points under their belt, the Muscovites are fighting hard for the lead, sitting atop the table but with no advantage over inferior CSKA.

The head coach who put the club on its feet – Vladimir Fedotov – left Sochi in the summer. Now Aleksandr Tochilin has come into charge. The manager meets all expectations, and at the moment, his players occupy third place in the RPL table, one point behind the first Spartak. The only other stumble came in Week 2, when Sochi suffered a devastating 3-0 loss to CSKA. In their other three games, Sochi defeated Torpedo 3-1, Akhmat 2-1, and Pari NN 2-1.

Bookmakers are more inclined toward the first team's victory, which is partly correct. Spartak has a significant advantage – the home stands that will support their team with all their might on such an occasion. We should also note that the opponents met twice last season. Sochi won the first time 2-1, winning the second with a score of 4-0. So, the Gladiators have a lot to gain back.

We think the best bet is BTTS. Both teams are fighting for the lead, which means they will fight for points until the last second. Also, the opponents show excellent performance on offense in the new season. Spartak has scored 11 goals in four rounds, while Sochi had seven. In general, we suggest betting on BTTS, strengthening the odds with the standard Total Over.