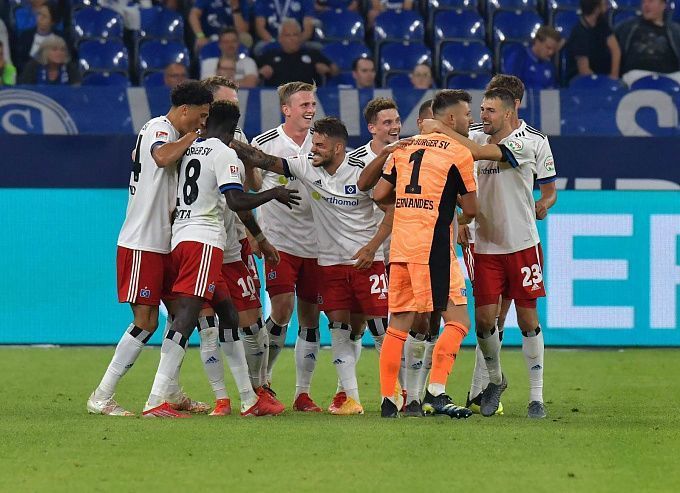 Bayreuth will take on Hamburger in DFB-Pokal round of 64. 2. Bundesliga representative is a huge favorite to win the upcoming game despite the home advantage of Bayreuth. It is important to note that the opponents-to-be have not faced each other before.

Before the start of the official season, Bayreuth played several friendlies and in the last three games the future hosts had two defeats and a draw with Energy. And the first official match in the 3. Liga ended with the defeat for Bayreuth at the hands of Ingolstadt, 0-1. The only goal of the game was scored in the fifth minute by Schmidt. Throughout the game Ingolstadt dominated in aggression and the number of shots they landed: 10/4 towards goal, 4/1 on goal.

As we remember, Hamburg failed to return to the elite of German soccer, the northerners had to play another season in 2. Bundesliga. In contrast to the elite championship, the second division teams have already played two rounds each. Hamburger defeated Eintracht Braunschweig 2-0 on the road, but suffered a 0-1 defeat at home against Hansa Rostock. It must be said, however, that Hamburg did deserve at least a draw in that game. Hamburg completely outplayed their opponent in terms of ball possession, frequently struck towards the goal, but did not manage to score.

Obviously, the teams of different levels are facing off, and we doubt that the home advantage will help Bayreuth in the upcoming game. Hamburg made it to the semifinals of the German Cup last season, and last season, the northerners passed Eintracht from Braunweig at this stage. And it must be said that that match turned out to be a high-scoring one, Hamburg winning 2-1. We hope that the upcoming meeting will also be productive, and Hamburg will advance to the last 32 again. We offer these betting options for the match: