Suwon vs Pohang Steelers Prediction: Betting on the guests 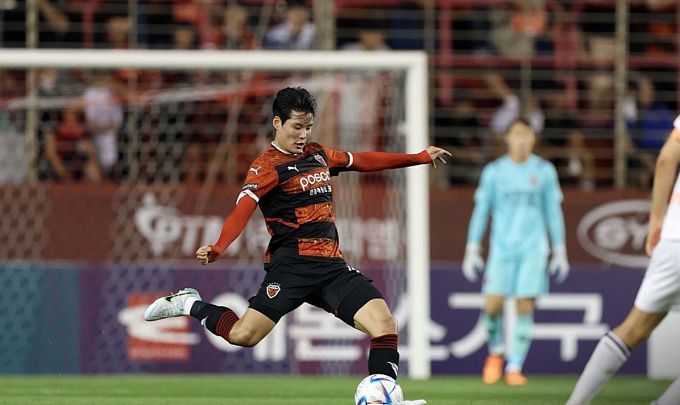 Suwon will face Pohang Steelers in round 17 of the K-League. Despite the field factor, Pohang is the favorite, with a four-match unbeaten streak and an ambition to make it into the top six of the division.

After a six-match unbeaten streak, Suwon finally won in the last round. On the road, Suwon was stronger than Gimcheon Sangmu, beating their opponents 1:0. Lee Seung-Woo scored the only goal of the game in the 82nd minute before Murilo missed an 11-meter penalty. The victory lifted Suwon from 11th to 10th place with 15 points. Suwon's home statistics are 10th in the division, with two wins in seven games, four defeats, and a goal difference of 14:17.

Pohang is on a four-match unbeaten streak with three wins, including a win over Seongnam in the South Korean Cup and one draw. After the break, Pohang Steelers played one match at home against Gangwon (3:1). Thanks to that win, they hold fourth place in the league standings with 26 points. The main thing for the Steelers is to remain in the top six, and so far, Pohang is seven points ahead of seventh in the table Daegu. Pohang is 10 points behind the leading Ulsan, so the Steelers' lead in the division is unlikely. Pohang's away statistics are better than Suwon's at home, +3=3-3, 11:10 in nine games.

Pohang is a reasonably productive team, as there is a Total Over 1.5 and twice a Total Over 3.5 in their last four games. We hope that the upcoming game will also be rich in goals. As for the outcome, we are betting on the favorite, i.e., the away side. In addition to the fact that the Steelers are in good shape, let's not forget about the statistics of personal meetings and four consecutive victories of Pohang over Suwon.