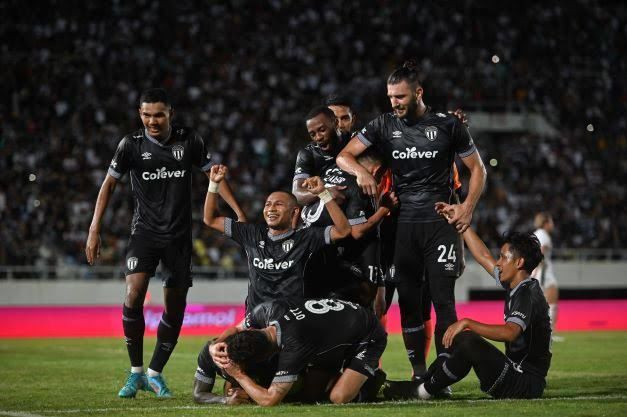 Sabah FA begin their 19th matchday of the Super League against Terengganu F.C. at the Sultan Mizan Zainal Abidin Stadium, hoping to eke out a win and return to winning ways after a setback in their previous match.

With Terengganu F.C. on a five-match winning streak, would the Han Army be able to outperform them and keep their second-place position?

With the Super League turning into a rush hour as each team tries to find their place in the standings before the season ends, the hosts find themselves at the center of attention as they, too, have their sights set on a second-place finish.

Their recent meeting against bottom-dwellers Penang F.C. ended in an unavoidable result as they won 3-0 at home before dispatching the threat of Melaka United once again with a 5-0 score at home.

They have collected an incredible 15 points in their last five matches to account for their impressive form, as they are on a five-match winning streak, placing them fourth on 32 points, four points behind second place.

Home advantage has been a huge factor in their success, as they have won three consecutive home matches and amassed a staggering 23 points from their last ten home games, which is more than enough to motivate them to edge a victory against second-placed Sabah FA.

Prior to that, they had come off two consecutive draws against Kedah FC (1-1) and Kuala Lumpur (2-2), and had only accounted for 8 points in the previous five matches due to 7-point losses.

As they sit in second place with 36 points, their position is already under threat, and their pace of chasing first place is hindered by a 7-point disadvantage that they must cover.

Sabah FA has recognised the significance of this match, as a win will be the only outcome they'll be interested in obtaining on the road, as anything less than a win will make it impossible to maintain their second place.

On the other hand, Terengganu F.C., on the other hand, have home support, which could give them the boost they need to put on a more convincing performance in search of a victory, as they did in their recent matches, and while they still have a mountain to climb in order to keep their slim title hopes alive, their match against Sabah FA will determine their fate moving forward.

We can anticipate this to be an entertaining, high-scoring match with both sides getting on the scoreboard because both teams do have an offensive mindset, and since Sabah are typically not one to handle well when put under intense pressure, we do fancy an over 2.5 goals to suffice.