Australia (w) vs Sweden (w): the Swedish team will win without any problems 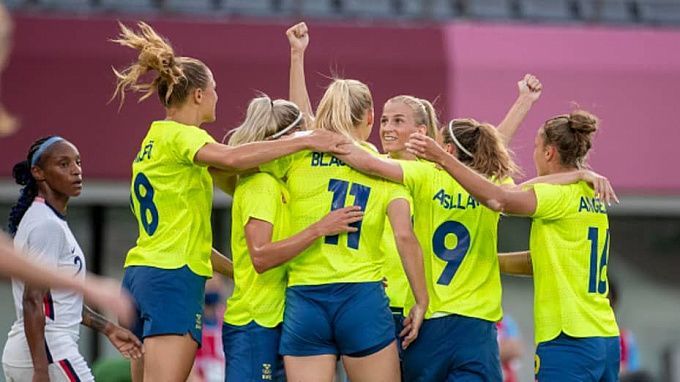 Australia and Sweden will battle in the second semifinal match of the women's Olympic football tournament. The Swedes were expected to reach the current stage of the tournament late, but the Australians were really surprised, winning over the British national team. Can Sweden beat the upstarts? Let's choose several betting options at once for the upcoming meeting.

Sweden is very confident in the tournament

In the quarter-finals, the Swedish national team did not experience any problems in the match with the host of the tournament, the Japanese team. The first half ended in a 1-1 draw, but at the very beginning of the second half, Sweden scored twice, taking the victory with a final score of 3-1. This was a great victory for the Scandinavians, and for the fourth in a row in the tournament. The goal difference in 4 games is 10-3. Impressive!

The Australian team was not supposed to qualify for the 1/2 finals, but it did. The quarterfinal match against Great Britain was not without luck. Although it is also impossible to ignore the efforts of the Australians who through Samantha Kerr, escaped defeat in regulation time in the 89th minute. The miracles began over overtime. The British missed the penalty kick at the start, and the Australians then scored 2 goals. The return goal of Ellen White, who scored a hat-trick, has changed nothing. The final score was 4-3 - a dramatic victory for Australia. This was the best match in the tournament, without a doubt.

The Australians managed to reach the semi-finals of the Olympics. However, it will be extremely difficult for them to stop the Swedish national team. The Scandinavians are holding a powerful tournament, and them reaching the final looks like a possibility.