Australia (w) vs USA (w): is a matter of honor to leave Tokyo with medals for the Americans 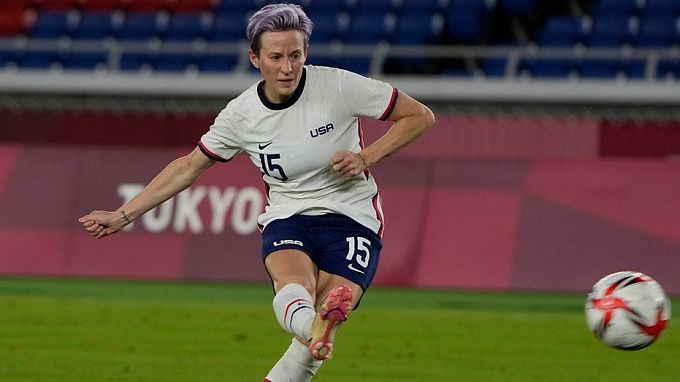 The U.S. women's national soccer team seems nothing but a failure at the Olympics. For the hot favourite of the tournament to lose in the semifinal, to Canada of all teams! The only thing left for the Americans is a third-place playoff, with Australia as an opponent. Will USA leave Tokyo with a medal after all? There are several bets to place on the upcoming game.

Australia is unlikely to do better

The Australians have already exceeded all expectations for their performance at the Olympics. Having beaten Great Britain in a dramatic quarterfinal, Tony Gustavsson's team didn’t manage to outplay the Swedish team in the semi-final. The Scandinavians controlled the game, for the most part, led 1-0 from the second half, and scored the second goal at the end, which was flagged offside. Despite the 1-0 score, it's still a very confident win for Sweden.

The Matildas’ captain, Chelsea forward Samantha Kerr - deserves to be mentioned before their last game in the tournament. The striker has been doing great at the Olympics, and it is mostly her doing that got the Aussies this far. She’s scored 5 goals, surpassed only by GB’s Ellen White, Zambia’s Barbra Banda (5 goals each), and brilliant Dutchwoman Vivianne Miedema (10 goals total).

"It sucks!" was the reaction of the legendary Megan Rapinoe to her team's defeat in the semi-final. It was losing to Canada that was especially tough for the Americans. Like it is almost a shame for the Germans to be defeated by the Austrians, it is equally bad for Americans to lose to Canadians in soccer.

The semi-final itself was very boring. The U.S. was unable to break through the massive and well-trained Canadian defense and conceded a penalty at the end of the match. 1-0, the only ball to fly towards the U.S. team’s net, ended up a goal.

The match between Australia and Sweden in the group stage was fruitful, and the rivals scored only 1 goal in the semi-final. The American and Australian teams didn’t score anything in the group stage, so they will probably play less close in the bronze medal game. Total Over is a good option here. Also, it’s worth betting on the USA to win - after all, having lost to Canada, it is a matter of honor for the Americans to leave Tokyo with a medal, even if it is a bronze.

Our prediction: USA to win the game.