Japan vs New Zealand: The home team to get an easy win 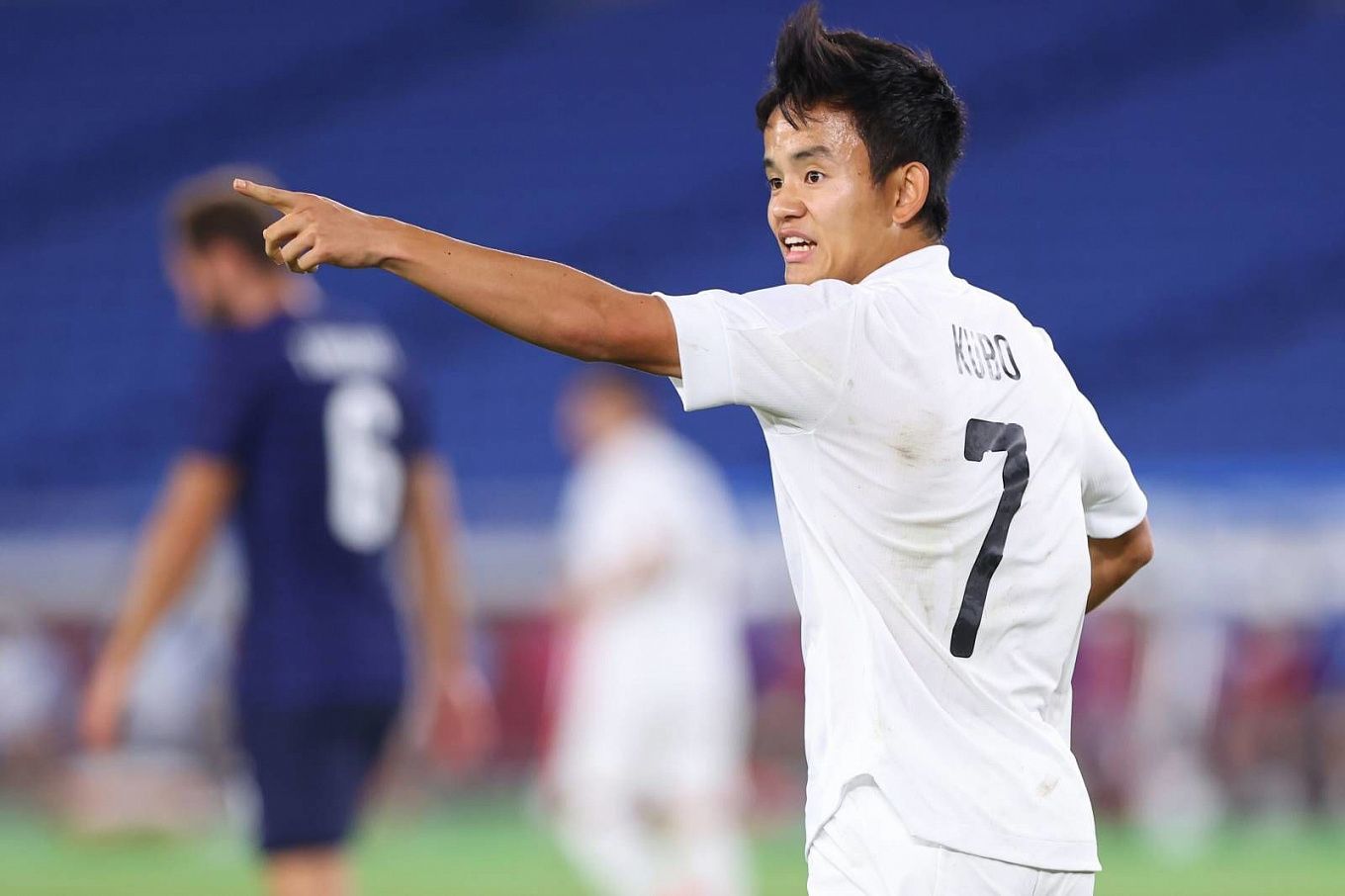 Japan have won all three of their group matches at home. Will Hajime Moriyasu’s men manage to beat New Zealand in the quarterfinals as well? We predict they will clinch their fourth straight victory!

The Japanese national team was not regarded as one of the clear favourites, although they are the hosts of the Games. Indeed, Takefusa Kubo, Takehiro Tomiyasu, Hiroki Sakai, and Mai Yoshida came to play for the Samurai. Still, it was hard to expect them to be as outstanding in the tournament's group stage. The Land of the Rising Sun team first beat South Africa in a tight 1-0 battle, then had a noticeably easier 2-0 win over Mexico, and in the third round inflicted a crushing 4-0 defeat on France. Of course, the three victories helped the Japanese side leave the group in the first place.

New Zealand are a sensational contender for the quarterfinals of the Olympics. Yes, they were in the weakest of the groups from which any team could emerge. Their only victory for Danny Hay’s charges came in the first round when they beat South Korea 1-0, and the Asians had a tremendous game advantage. In the second leg, the New Zealand side lost to Honduras 2-3, while in the third leg, they drew with Romania 0-0. Surprisingly, it was enough to take the final second place in Group B, beating the very same Romanians in extra points.

Japan and New Zealand approach their encounter in the quarterfinals with very different results at the group stage of the Olympics. While the Japanese played all three games flawlessly, dominating all of their opponents and deservedly collecting nine points out of nine possible, the New Zealanders miraculously snatched victory in the first round, which remained the only one for them. Moreover, Hajime Moriyasu’s charges keep getting better from match to match. That is why they are the clear favorites in the upcoming game. We can bet on the victory of the Japanese team with a handicap (-1.5) for 1.94.

The Japanese team is a very pragmatic team that tries to spend as much effort as the situation demands to get a result. The only exception was the encounter against France when they crushed their opponent 4-0, but the Japanese were poker-fisted there. As for the South Africans and Mexicans, they earned minimal victories. The New Zealand team showed that they could be patient and play well in defense, but their attacking performance was critically poor. As a result, the best option for the prediction seems to be Total Under 2.5 goals for 1.97.

Takefusa Kubo is a young striker who hasn’t yet proven himself as a striker at club level. Yes, he has already belonged to Real Madrid for a long time, which means a lot for the 20-year-old player, but in Spain, he still plays for various clubs on loan, and his record of productivity is four goals. And now this kid has come to the Olympics to play for his national team, where Kubo has scored in each of the previous three games. He’s on a roll right now, so it’s worth taking a closer look at a bet on Takefusa Kubo’s goal for 3.08.