Mexico vs Brazil: Weak defence will not allow the Mexicans to reach the Olympics final 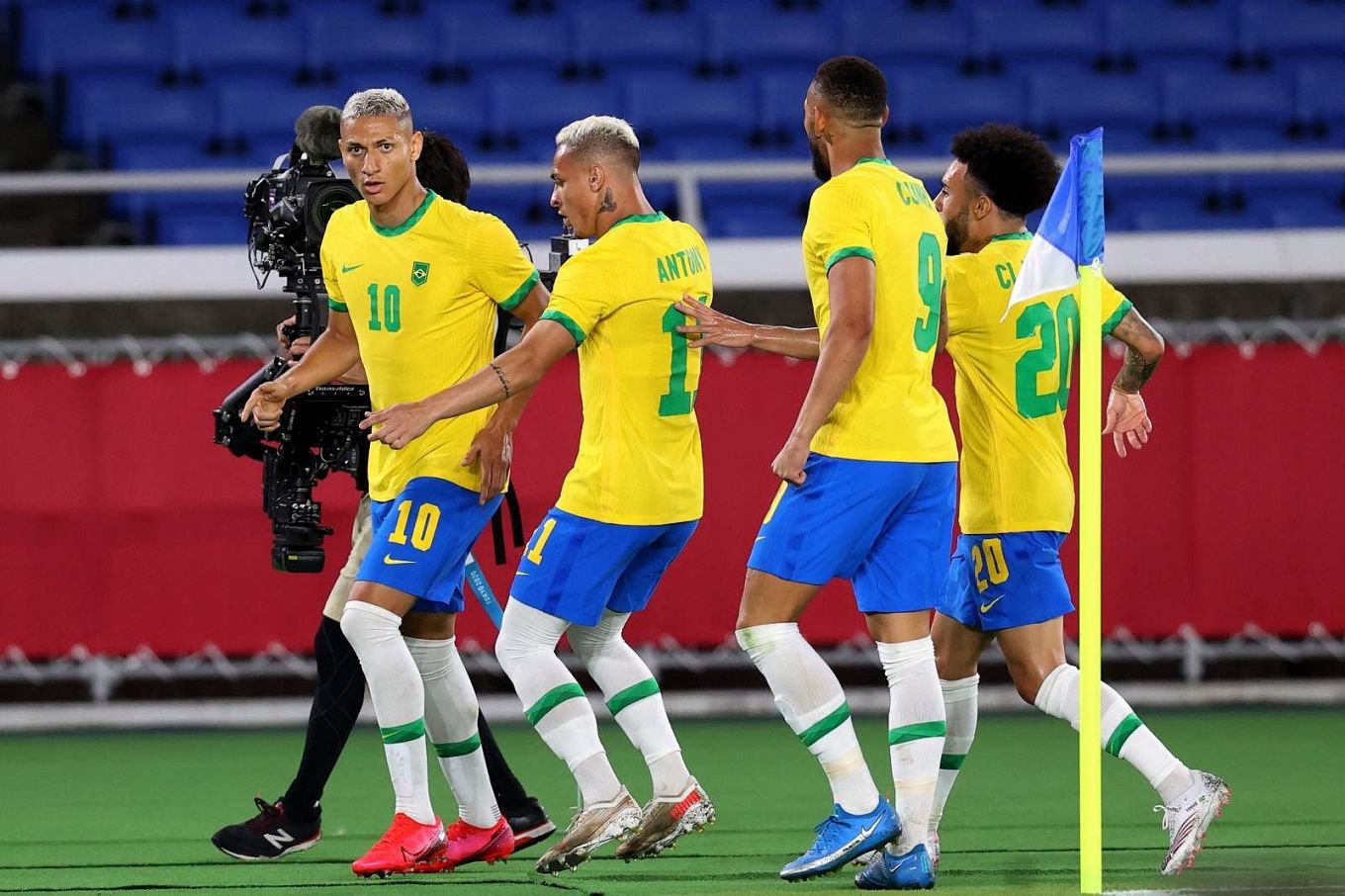 Mexico and Brazil have been champions at the last two Olympics. Who will emerge victoriously and continue their way for the gold medals in Tokyo? We believe that the Brazilians’ chances of success are much higher!

The Mexican team is having a great tournament. They lost just one to Japan 1-2, but fought until the last minute. In the end, Jaime Lozano’s charges crushed their opponents. At the group stage, they demolished France and South Africa - 4-1 and 3-0, respectively, and in the quarterfinals, they even managed a goal feast against South Korea, winning 6:3. The Mexican attack is in fantastic form, but there are some problems with the defense, which may impact the decisive games of the Olympics.

The Brazilian national team is a little more relaxed in the tournament. They had the most cheerful match in the first round of the Olympics against the most high-profile opponent in the face of Germany, when by the 30th minute, they led 3:0, after which they brought the matter to a victory, 4:2. The only misfiring occurred in the battle with Ivory Coast when on 13 minutes, Douglas Luiz was given a straight red card, so the sides had to play carefully and settle for a 0-0 draw. In the closing match of the group stage, the Brazilians easily defeated Saudi Arabia 3-1 to advance from the group stage. In the quarterfinals, Andre Jardine’s side had trouble beating Egypt 1-0 thanks to a goal from Matheus Cunha.

Mexico and Brazil have been playing well at the Olympics recently. They have only won one title each in history. The Mexicans did it in London-2012 and the Brazilians won in 2016 in Rio de Janeiro. And now, the last two winners of the Games will face off to see who makes it to the final of the 2020 Olympic Games. Of course, the favourites are the Brazilians, with a significantly more potent and more skilled squad, while the Mexicans are heavily biased towards attack and have problems with defence. As a result, we should opt for the Brazilian team’s victory at the odds of 2.15.

Mexico and Brazil face each other already at such a high stage of the Olympics as the semi-finals, which should force them to play cautious football, but they are not the teams to do so. Jaime Lozano’s side has already scored 14 goals (3.50 goals per game average) in their last four matches at the tournament, while the Brazilians have scored eight goals (2.00 goals per game average) over a similar distance. That promises to be another high-scoring encounter, which is why we would consider Total Over 2.5 goals for 2.00.

The games between Mexico and Brazil at the Olympics have often seen a quick goal. For example, the Mexicans had it in the last three meetings in a row. They scored twice in the opening minutes, and in the battle with the Japanese, by the 11th minute, they were losing 0:2. The Brazilians have scored early goals in three of their four games, the only exception being against Ivory Coast when Andre Jardine’s side was held back after 13 minutes. With this in mind, it is worth looking at a bet on the first goal in the match from 1 to 28 minutes inclusive for 1.88.