Ajax vs Benfica: Another Over Match for Ajax 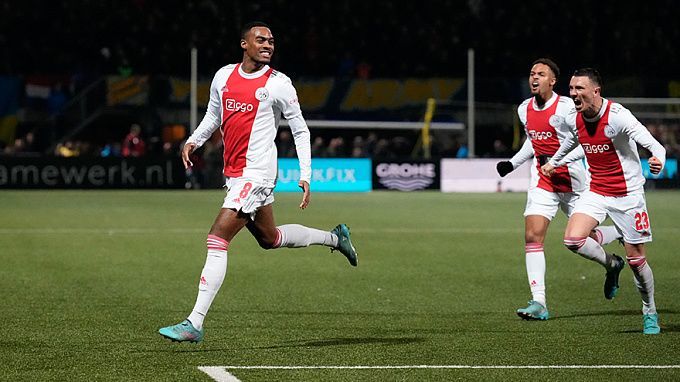 Will Ajax extend their winning streak to four games in a row? Will the undefeated streak of Portugal's Benfica, which has already lasted seven matches, continue? In the second leg of the UEFA Champions League last 16, Amsterdam will take on Lisbon. The first match ended in a 2:2 draw. There is every reason to believe that the return match will again impress us with high productivity.

Ajax has a three-match winning streak. In the Dutch Cup, Ajax confidently defeated AZ away. In the Eredivisie, the hosts were stronger than Waalwijk and Cambuur. In the Dutch championship, Ajax occupies the first position in the standings, 63 points after 26 games and a five-point gap from the nearest pursuer PSV. The first leg of the UCL playoffs against Benfica ended in a 2:2 draw, keeping the Netherlands excellent chances of reaching the quarterfinals. Ajax took the lead twice in Lisbon, thanks to Tadic and Haller. In general, Ajax is one of the most productive teams in the current draw. In six group stage matches, the Dutch have scored 20 goals and five missed.

The Eagles approached the return match with a seven-match unbeaten streak, which started more than a month ago, on February 7, in an away match against Tondela. But unlike Ajax, Benfica is in third place in the Portuguese league and the best they can hope for is a place in the Champions League zone. Moreover, on March 11 the Eagles played a tough match against Vizela, playing with sent-offs from the 8th minute and scoring a 1:1 draw with great difficulty. Given that fact, there are concerns that Benfica might not be ready for Tuesday's match. Benfica has played three away matches in the 2021/22 Champions League: they drew twice 0:0 with Dynamo Kyiv and Barcelona and lost 2:5 to Bayern.

Ajax is a very productive team, both at Eredivisie and Champions League level. To pass to the next round, avoiding the extra time, Ajax needs to beat the opponent with any score at home. There is little doubt that Ajax will win. However, it is unlikely that the Amsterdam team will finish Tuesday's match in a shutout.