Atletico Madrid vs Manchester United: Expect a productive match and an exchange of goals 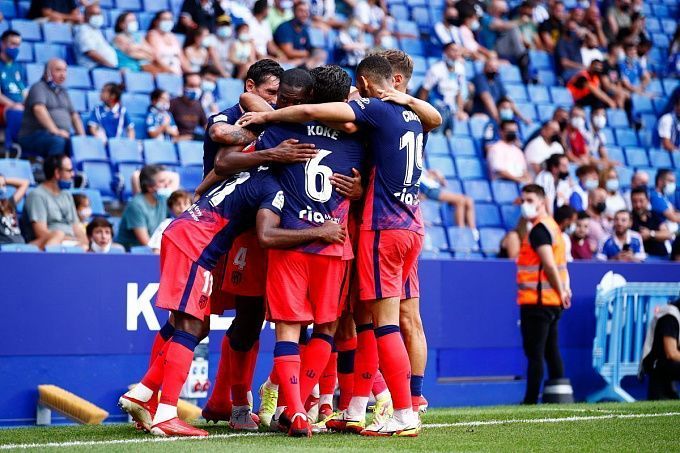 The centrepiece of Wednesday's fixture will undoubtedly be a match between Atletico Madrid and Manchester United. The teams look like equal opponents, which is partly confirmed by the standing of the Colchoneros and Red Devils in their respective national championships. Check the team conditions and choose several betting options.

Atletico has been eliminated from the Spanish Cup, and the Spaniards have no chance of winning the title in La Liga. It turns out that the Champions League is the only tournament that Simeone's team can win this season. Logically, the Spaniards have a unique motivation for the European Cup. The Madrid side is unstable and heady in the 2021/22 season. In their last five games, Atletico has won three times and lost two, and in this period, 22 goals have been scored in games involving the team from the Spanish capital!!! That's an average of 4.4 per game. Admittedly, all those games were in La Liga, which of course, reduces their status. However, the modern Atlético de Madrid is quite different from Simeone's side.

Manchester United's situation is similar to Atletico. They are knocked out of the FA Cup and are not in a position to claim the EPL top-flight title. However, unlike the Colchoneros, the Red Devils are firmly in the top four of their national division. At the same time, Atletico has strong opposition in the form of four direct rivals for a place in the Champions League. The Devils have a four-match unbeaten streak, but they are hardly a stable team. Even in this positive period in terms of results, the Red Devils managed not to win against Burnley and Southampton, which is hardly a success for such a high-profile team.

In our description of Atlético de Madrid's form, we have drawn attention to the fact that the style of the current Colchoneros differs markedly from that of previous periods. Despite the statistic of the Colchoneros, the total under still prevails in the betting lines. The situation is more complicated with MU as the Red Devils have been regularly playing total under in the EPL. However, Rangnick's side scored four away goals against Leeds last week. It hints that the Devils are not going to sit back in defence in Madrid but are ready for a strong performance on the opposition's field. We believe that the upcoming game will bring us at least three goals, and we also expect a goal exchange and minimum victory for the home side. Here are the following Champions League betting odds: TO (2.5) for 2.252, W1+BTTS for 5.4, Correct Score 2:1 for 10.00.