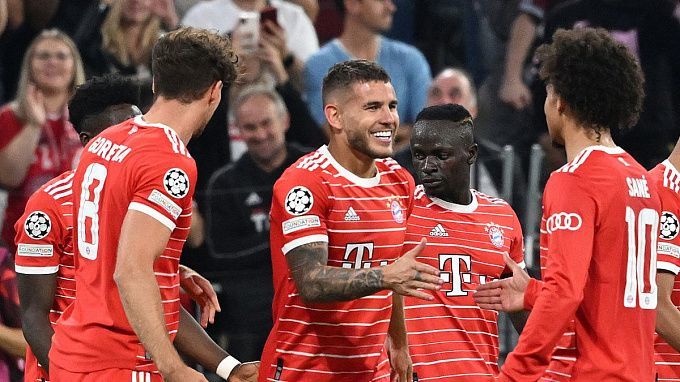 Bayern Munich will play Viktoria Plzen on Matchday 3 of the Champions League group stage on October 4, 19:45 (UTC+3). Let’s see how the opponents are doing & what the best bet is. There are several options for you to consider!

Bayern Munich are clearly focusing on the Champions League this season. They have been misfiring in the Bundesliga, though last round they beat Bayer 4-0. As for the Champions League, Munich kicked off with an away win over Inter (2-0). On the second matchday, they hosted Barcelona and also managed to succeed. Lucas Hernandez and Leroy Sane brought Bayern the win, scoring in the 50th and 54th minutes. Julian Nagelsmann's team tops Group C with six points.

Viktoria Plzen were initially doomed to fail in this Champions League draw. Therefore, hardly anyone expected success from the modest Czech club. As early as in the first round, Barcelona showed them at home that they had no place in this tournament, a humiliating 1-5 defeat. After that, it was an ordinary 0-2 defeat by Inter, this time in the Czech Republic. Needless to say, Viktoria Plzen is last in the Group C standings without any points.

The game is a foregone conclusion. The only question that remains is how many goals will Bayern unload to Viktoria Plzen. Given that the Munich side will be playing at a packed Allianz Arena, and given they got into their groove the night before by thrashing Bayer, let's assume it will be a lot. It's likely that Nagelsmann's team will be able to overcome the four-goal bar, which is what we suggest betting on.